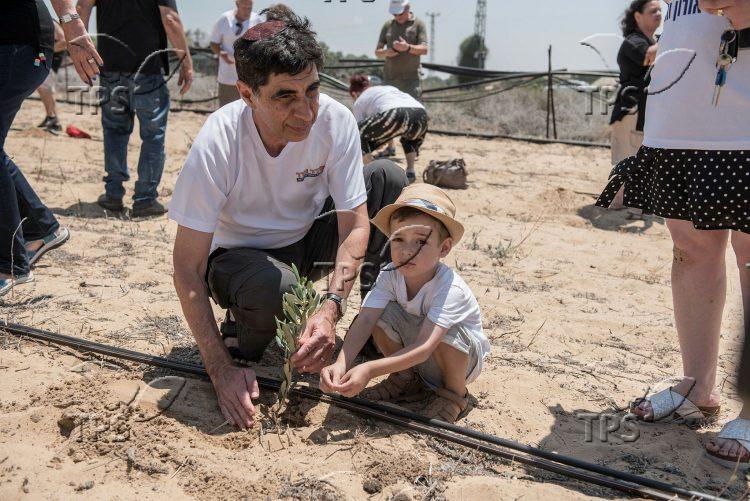 Simcha Goldin plants olive trees during the rally at Kibbutz Netiv Haasara, on the Gaza border, calling for the return of his son IDF soldier Hadar Goldin and IDF soldier Oron Shaul from Hamas’ captivity.

IDF soldiers Hadar Goldin and Oron Shaul were killed and captured during Operation Protective Edge in the summer of 2014.

Shaul was killed in battle together with another six Golani soldiers in Shajaiya in 2014 when their armored personnel carrier was hit by an anti-tank rocket. His body was never recovered and is assumed to be held by Hamas.

Goldin was abducted by Hamas and killed during a battle with Hamas terrorists in Shajaiya. Two other IDF soldiers also died in the incident. The battle ensued hours after a UN-sponsored ceasefire came into effect.