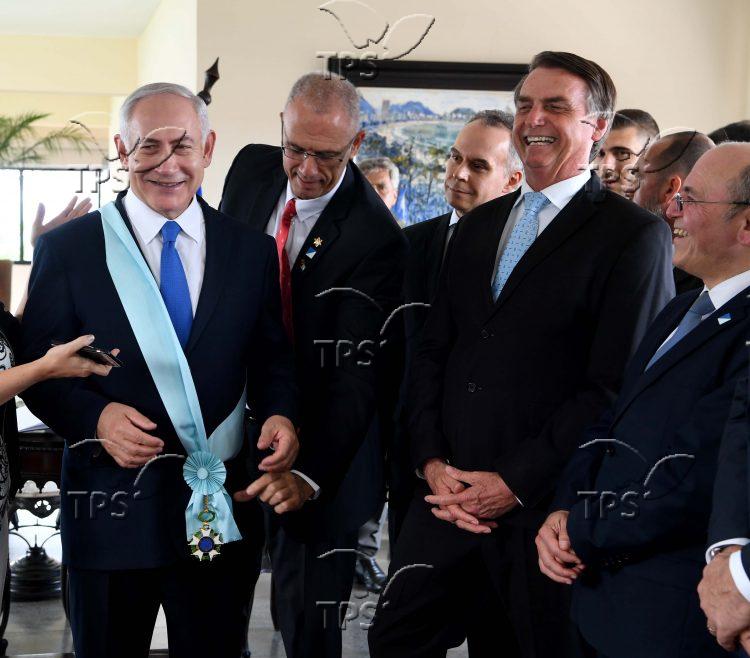 Both agreed to tighten – inter alia – economic, security, water management, agricultural and technological cooperation, but there was no announcement of Brazil moving its embassy in Israel to Jerusalem.

Following the meeting, President-elect Bolsonaro awarded Prime Minister Netanyahu Brazil’s highest and most important national award for high-ranking guests, which is awarded to prominent and influential people and was previously granted to former US President Dwight D. Eisenhower and Queen Elizabeth II.

Netanyahu,  the first Israeli prime minister to visit Brazil, flew to Rio de Janeiro for Bolsonaro’s inauguration ceremony on January 1 after his election victory in October

“This is a historic visit, the first time that a Prime Minister of Israel has visited Brazil.” said Netanyahu. “Today we are forging a great alliance with a huge power of almost 250 million people, which is turning a new page with us, with cooperation that will help the citizens of both countries in employment, their economies, technology, security, and Israel’s international position. I think that this is an additional expression of Israel as a rising global power.