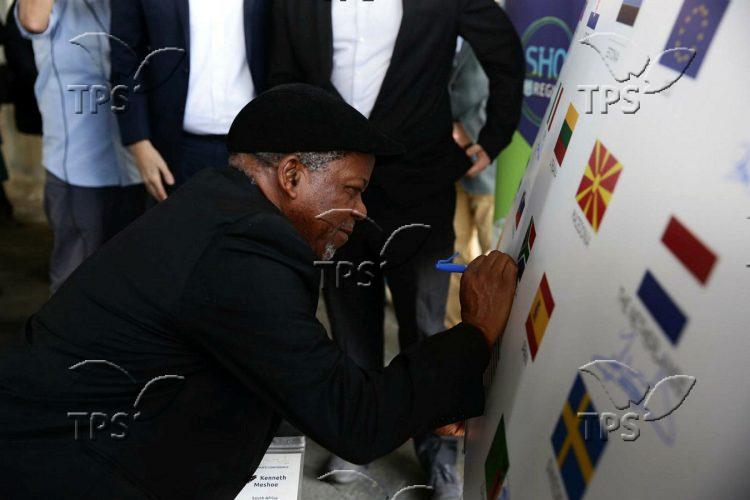 Photo by Yehonatan Valtser/TPS on 9 December, 2019

Parliamentarians from Around the World Show Support for Israel Against BDS

25 parliamentarians from around the world of the Israel Allies Caucuses arrived in Israel for a tour of the country and to show their support or Israel, during which they declared that “never again shall the nations stand silent in the face of boycotts against the Jewish people.”

Israel Allies Caucuses worldwide focus on legislation against anti-Semitism, anti-Zionism and the de-legitimization of Israel.

The group toured Samaria on Sunday and visited the Barkan Industrial Park known as a hub for Israeli-Arab relations fostered by coworkers who work side by side.