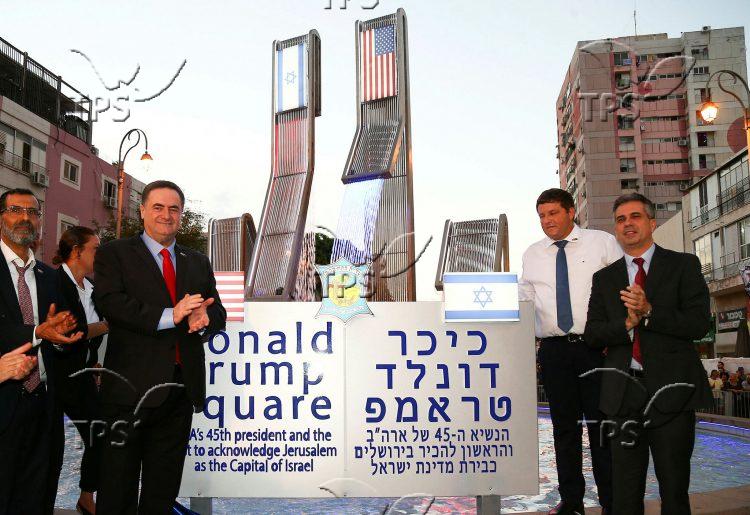 The city of Petah Tikvah on Wednesday inaugurated Trump square in honor of President Donald Trump and just ahead of the US’ Independence Day.

The ceremony was attended by Minister of Foreign Affairs Yisrael Katz, Petah Tikvah’s Mayor Rami Greenberg who initiated the project, and Eli Cohen, Minister of the Economy and Industry.