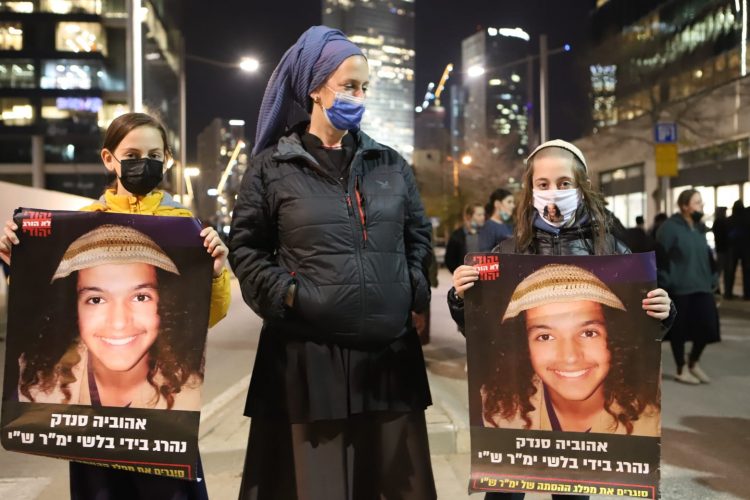 Photo by Eitan Elhadez-Barak/TPS on 7 January, 2021

Jerusalem, 7 January, 2021 (TPS) -- Just hours before heightened lockdown rules go into effect, protesters gather outside of the home of the Minister of Internal Security to demand justice for slain 16-year-old, Ahuvya Sandak, and the release of the police car footage from the fatal crash which took his life.

Sandak, from Bat Ayin in Gush Etzion, was killed just over two weeks ago when the car he was driving in, with another four youth, was overturned during a high-speed pursuit by the police.