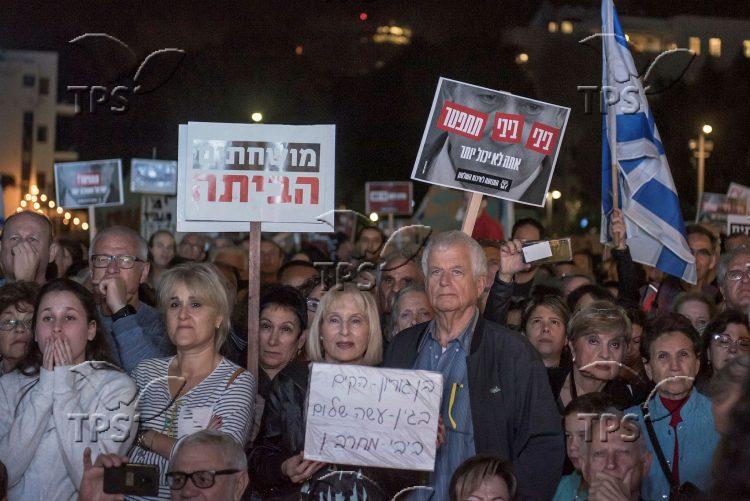 Thousands of Israelis on Saturday night gathered at Habima Square in Tel Aviv to protest against Prime Minister Benjamin Netanyahu, demanding he resign from office after being indicted for bribery, fraud, and breach of trust.

The protest was organized by the Movement for Quality Government days after a demonstration in support of Netanyahu was held nearby.