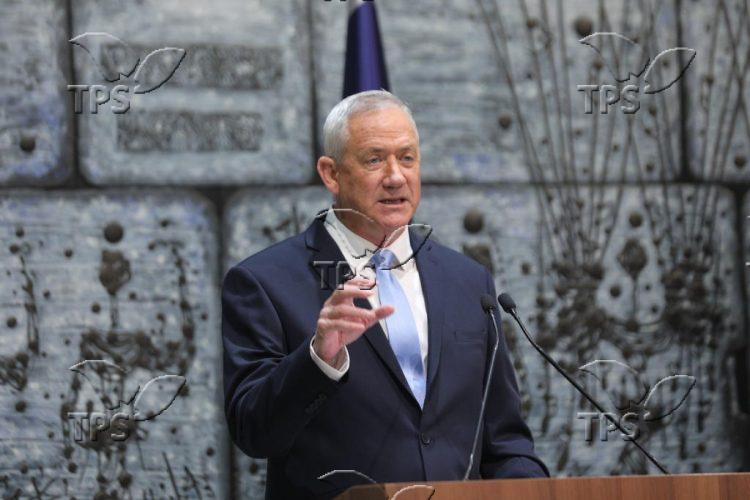 Defense Minister Gantz on the Transfer of Qatar Money to Gaza: Israel Will Defend Itself Against any Threats

Jerusalem, 19 August, 2021 (TPS) -- Yesterday, Wednesday, TPS reported that a senior UNRWA official confirmed that an agreement was reached to enable the distribution of funds donated by Qatar to people in the Gaza Strip. The money will be transferred by the U.N. to local postal banks. It will then be distributed in cash to the intended recipients by officials from UNRWA.

The Qatari money is intended to aid 100,000 poor families who will each receive $100 each. But there have been concerns that some, or all of the money could be used by Hamas for terrorist activities or for its own people. Much of the money is intended for local officials; however, these are people affiliated with Hamas.

Now Israel’s Minister of Defense Benny Gantz has commented on the new agreement.

“Three months ago at the end of Operation Guardians of the Wall I said that what was, is not what will be,” said Benny Gantz.

Gantz stated that militarily, “We do not accept any increase [in threats] and are working vigorously against the violation of Israeli sovereignty,” and that politically, “we strengthen ties with the Palestinian Authority and the moderate elements in the region while allowing the Palestinians in the Gaza Strip the basic humanitarian conditions required for continued life, along with continued efforts to return prisoners and missing persons home.”

The Defense Minister explained that as part of this policy of the state of Israel, the government decided to improve Qatar’s mechanism for delivering humanitarian aid to the people of the Gaza Strip. This, he explained, is in order to make ensure that the money goes to the people who really need it.

That is to say, that Hamas does not redirect any funds intended for humanitarian purposes towards its terrorist activities.

As such, Gantz was in contact with Qatari officials, who he says understood Israel’s concerns and he thanked them for that.

“In recent days, we have come to the conclusion that alongside the fuel purchased by the UN with Qatar funding, the money intended to help hundreds of thousands of needy people will be introduced, through a mechanism where the UN will transfer the money to a bank in Gaza.”

There will be supervision over who receives the money to ensure that it only goes to the people who are really supposed to get it.

Minister Gantz also said that Israel is continuing a dialogue with the Palestinian Authority, which is the representative body of the Palestinians in the region, in order to examine the possibility of another mechanism in which money will be transferred in a supervised manner.

He also thanked Qatar for taking a positive role in the region, and personally thank the UN envoy to the Middle East, the State Department, and the US Embassy.

And he thanked Egypt for taking a “vital part in maintaining peace in the region, and for all the partners who helped advance the process, which aims to enable assistance to those who need it while maintaining Israel’s security.”