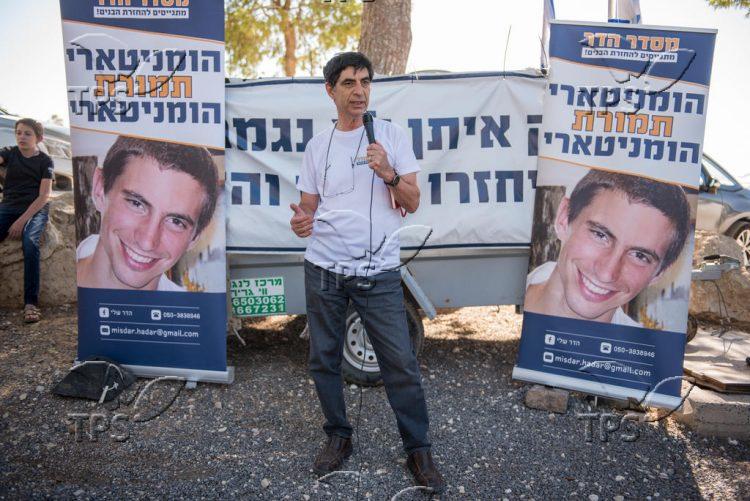 Jerusalem, 20 May, 2021 (TPS) -- The employees of the Israel Electric Company (IEC) informed the company’s management Thursday that they do not intend to repair the power lines to the Gaza Strip, which were damaged by Hamas fire, until Hadar Goldin, Oron Shaul and Avera Mengistu are returned to Israel, “as a sign of solidarity and support for the struggle to return the boys.”

The management stated in response that it is “a government company, subject to the provisions of the law, and believes that electricity is an essential product outside the conflict,” essential rejecting their act of solidarity.

The IEC is “hoping for the return of the boys’ home,” it added.

The remains of IDF soldiers Lt. Hadar Goldin and Staff Sgt. Oron Shaul, who were killed during Operation Protective Edge in Gaza in 2014, are thought to be held by Hamas.

Goldin, of the elite Givati Reconnaissance Unit, was killed and abducted by Hamas during a battle with terrorists. Two other IDF soldiers also died in the incident. The battle ensued hours after an UN-sponsored ceasefire came into effect.

Shaul was killed in battle together with another six Golani soldiers in Shajaiya when their armored personnel carrier was hit by an anti-tank rocket. His body was never recovered and is assumed to be held by Hamas.

Hamas is also holding Israeli citizens Avera Mengistu and Hisham al-Sayed who crossed the border into Gaza several years ago.

Goldin’s family has called on the government to make the return of the remains of the IDF soldiers one of the objectives of Operation Guardian of the Walls against Hamas.