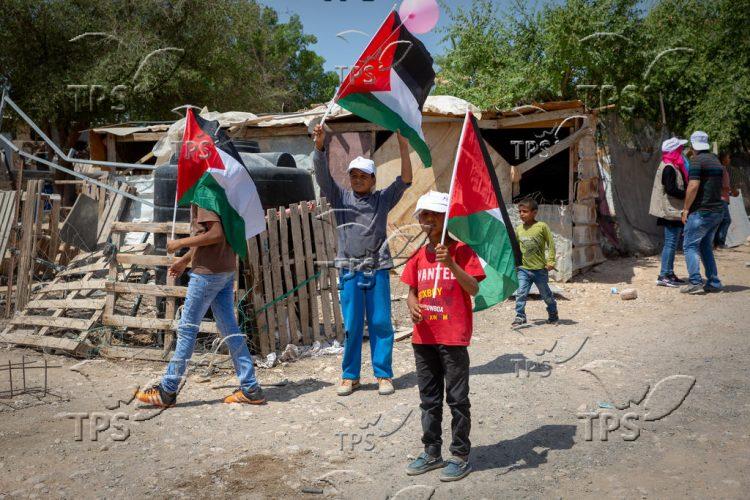 Co-funding partners of the foundation include the European Union, France, the Netherlands, Norway, Sweden, Switzerland, the UNICEF children’s agency, and UNRWA.

Training for 50 English and Arabic teachers, recently conducted in the Hebron area under the supervision of the PA Ministry of Education, was “applied to one of the 5th grade lessons titled ‘Dalal Mughrabi,’” according to the organization’s website.

Dalal Mughrabi is a female terrorist who led the most lethal terror attack in Israel’s history in which terrorists killed 37 civilians, among them these 12 children, in an attack on a bus in 1978, notoriously known as the Coastal Road massacre.

“The instructors from the foundation saw no problem choosing educational material for young children that glorifies the most lethal terror attack in Israel’s history and honors the murderer who led it. The material should certainly bother the foundation’s many European donors,” PMW stated.

PMW estimates that the text used in the course is the PA’s 5th Grade Arabic Language schoolbook, which teaches that “Dalal rode the sea while leading her group of self-sacrificing fighters.” After arriving ashore, “Dalal took a handful of the soil of her bleeding homeland (i.e., Israel’s coast), and passionately inhaled its scent… ‘We are a people who demand its right to its homeland, which you have stolen.'”

After highjacking the bus, Mughrabi “took out a flag of Palestine from her bag, kissed it, and hung it inside the bus… Dalal and eight of her heroic squad members ascended to Heaven as Martyrs.”

“Dalal… watered the soil of Palestine with her pure blood, and brought to bloom a history full of unrelenting revolution,” the PA teaches.

The PA schoolbook describes the killing and injuring of all the Israelis on the bus, falsely attributing it to the IDF and not to the terrorists on the bus who used automatic rifles and hand grenades to murder the 37 Israelis.

In general, Mughrabi is highly esteemed in Palestinian society, the PMW noted. The PA actively promotes her as a role model to Palestinians, and particularly to youth, as seen recently when summer camps were named after her.

Other PA means of glorifying and endorsing Mughrabi as a role model for PA youth include naming sporting events and schools after her, as well as praising her in school books.