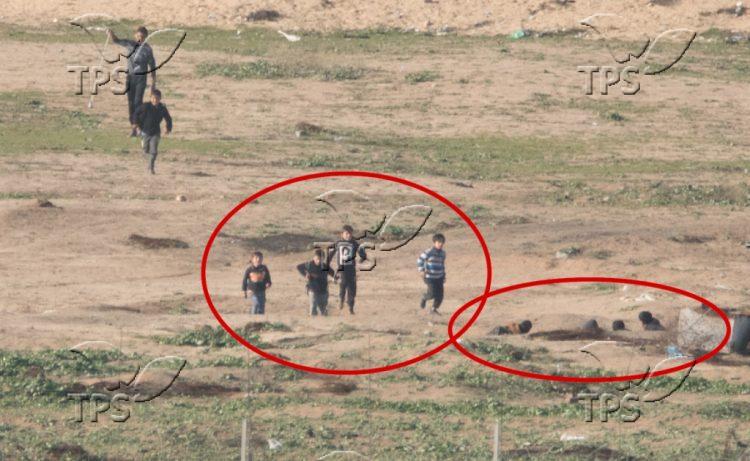 EXCLUSIVE: Not Only in Summer Camps – How Hamas Exploits Children During the Riots on the Gaza Border

Jerusalem, 24 July, 2019 (TPS) -- Hamas and the Palestinian Islamic Jihad (PIJ) terror groups conduct summer camps in the Gaza Strip for youngsters, mostly for high school students, on an annual basis. Thousands of campers enjoy summer activities, which are combined with the indoctrination of radical ideologies and paramilitary training.

Hamas, which rules Gaza, is the most prominent organization conducting the summer camps, as a continuation of the military training it holds in high schools during the school year.

However, TPS’ in-depth five-month-long investigation has revealed Hamas’ systematic luring and exploitation of children as pawns to advance their objectives.

The Hamas-led weekly Gaza border riots, the so-called “Marches of Return,” have been taking place for over a year.

Since the organized violence commenced on 30 March 2018, some 2,200 terror-related incidents have been recorded, including some 20 incidents of gunfire, over 100 explosive devices and 600 Molotov cocktail attacks.

Violent attacks on the border claimed the life of an IDF soldier and 16 others were wounded.

Gazan sources say that more than 250 civilians, including many children, were killed and tens of thousands were wounded during the violence.

While the IDF has proved, and the Hamas leadership has admitted, that the majority of those killed on the border were terrorists, claims persist that the IDF intentionally targeted civilians and children.

TPS was at the border to take a closer look at the facts.

TPS has learned that Hamas terrorists operate from within the civilian crowds, and carry out attacks and incite the crowd to try and breach the border, maximizing the civilian and children casualties.