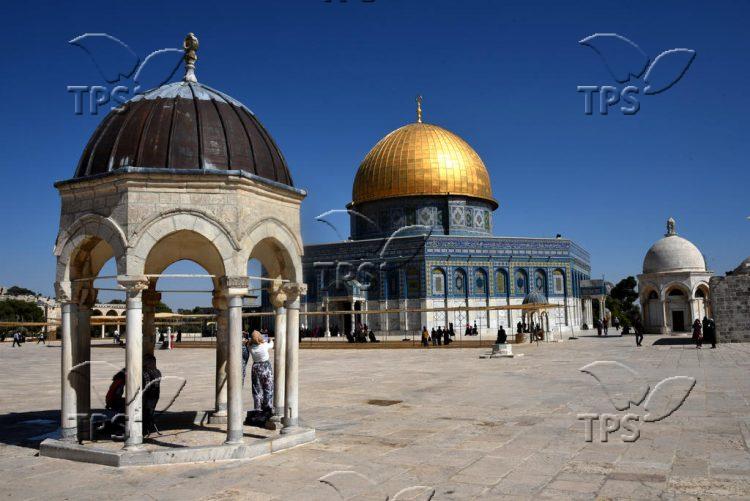 Exclusive: ‘Postponement of Elections in Hamas’ Eyes is as When Sharon Entered the Temple Mount’

Jerusalem, 20 May, 2021 (TPS) -- “The cancellation of the election by Abu Mazen [Mahmoud Abbas] is like Ariel Sharon’s entry into al-Aqsa. It was not the story in Sheikh Jarrah or the Al-Aqsa Mosque issue that ignited the intifada, but Hamas’ desire to harm Abu Mazen,” said a senior Fatah official, formerly a member of the Legislative Council and a commander of the Al-Aqsa Martyrs Brigades and the Tanzim and from the opponents of Abu Mazen, in a telephone conversation with TPS.

In telephone conversations between senior Fatah figures and Muhammad Dahlan, Dahlan told his people that “neither Jerusalem nor anything. What is Sheikh Jarrah’s story? Fatah has been handling this matter for years, and they (Hamas) did not enter the intifada for Jerusalem or for anything else,” Dahlan told his men.

A senior Fatah official told TPS, “I am absolutely convinced that Sheikh Jarrah has nothing to do with the current intifada. Hamas wants to send a message to Abu Mazen and says you have violated the agreements and the terms with us, so we will show the whole world who you are and what our power is in front of you. This is the election campaign and nothing else,” he said in the phone call.

Abu Mazen lost legitimacy with his announcement of a postponement of the election and is not acceptable to large sections of the Palestinian street, a senior Fatah official describes the situation. “Other elements are entering this space, with Hamas in the lead, although Abu Mazen has canceled the election, both on the street and in Fatah, they are already convinced that Muhammad Def actually won them, even though the polls did not open.”

The escalation on behalf of Hamas was well planned, senior Hamas figures also say in open interviews. Already two months ago, with the completion of the election process for Hamas in Gaza, Muhammad Def began planning a new strategy for Hamas, instead of the efforts for regulation led by his commander, Yahya Sinwar, and then the hourglass in eastern Jerusalem was turned upside down.

As the date of the postponement of the election approached, senior Hamas figures have made it clear that the PA’s tendency to postpone it is also unacceptable and that the issue of polling stations in the east of the city is nothing more than an excuse Abu Mazen was looking for to escape the Fatah crisis.

“We want to be partners in the political struggles and the elections should not be hanging in the air,” Mashaal said. “The arrangement of the Palestinian house is a condition for strengthening opposition to the occupation and rebuilding the national project on new foundations.”

According to Hamas, the rocket fire into Israel in April was also intended to send a message to the Palestinian Authority that if Abu Mazen postponed the election, Hamas would work to shake stability in the PA’s territories by creating religious unrest in Jerusalem. Referring to the election, Mashaal said Hamas is interested in holding elections in all areas, including Jerusalem, and therefore there is no justification to withdraw from the claim to hold them but to look for another way out of the Israeli refusal to approve the elections in Jerusalem.

The Lebanese Hamas-affiliated Al-Akhbar newspaper reported that talks had taken place between Egypt and the UN in order to “contain the situation,” but at the same time Hamas rejected the calm as long as Israel continued its policy in Jerusalem and pledged to “prevent the settlers from attacking Al-Aqsa.”

Al-Akhbar reported ahead of the postponement of the election that Hamas sent a threatening message to Israel through the Egyptian delegation that visited the Gaza Strip, according to which Hamas would escalate the situation in the Gaza Strip if Israel disrupted the elections in eastern Jerusalem. Sources in Hamas added that a similar message had been conveyed to the UN envoy to the Middle East.

In this context, the newspaper cites the threats of Yahya Sinwar, the Hamas leader in the Gaza Strip, who promised before the Israeli election to disrupt their move if Israel placed obstacles in the Palestinian election process.

Khalil al-Haya, a senior Hamas figure in the Gaza Strip, said in a media interview that “Hamas will not accept a situation in which Israel is the one determining the course of the elections in Jerusalem. The election campaign will become a battle between us and the occupation.”

In mid-April, ahead of the postponement of the Palestinian Authority elections, rocket fire from Gaza to Israel could be understood as a signal that Jerusalem will become the next arena of attrition between Israel and Hamas. In April, Hamas called on its activists and Jerusalem residents to increase their presence in the Al-Aqsa Mosque and to hold prayers in front of the police checkpoints, in order to bring about a mass presence for the 28th day of Ramadan, which corresponds to May 9, when Israel’s Jerusalem Day took place.

Right near the beginning of Ramadan, Hamas began raising tensions in Jerusalem and called for the establishment of nightly defense committees in the city’s eastern neighborhoods and to prevent “Jewish settlers” from entering their territories. Sheikh Akrama Tsabari, head of the Supreme Muslim Council, whose movements were restricted by the Jerusalem police, also called for the establishment of defense committees throughout the east of the city.

Khaled Mashaal, who was elected to head Hamas’ foreign leadership, said in an interview, “we are facing a major battle in the face of attempts to Judaize and control Jerusalem and divide the Al-Aqsa Mosque, and May 9 is a crucial moment in the city’s intifada.”

Hamas took advantage of the tension created in Sheikh Jarrah, a matter that ignited hearts in the Arab world and the Arab media, the acquisition of land in Silwan, the charged Ramadan atmosphere and especially the postponement of the Palestinian Authority elections, which was interpreted as Abu Mazen’s admission to leaving east Jerusalem.

A few weeks before the fighting and with the start of demonstrations at the Damascus Gate and al-Aqsa, the Jerusalemites proved that they were ready to “step on the head of the traitor Abu Mazen” and “their enlistment in Muhammad Def’s army.”

Hamas was pleased with the situation in which Fatah found itself and added that their struggle with the Jerusalemites improves their image on the Palestinian street and that their willingness to confront Israel will lead to their victory at the expense of Fatah and the Palestinian Authority. “This is a victory that Tel Aviv intelligence understands is likely to affect interests. Israel’s security and political situation is a bad result for Israel,” commentators wrote on behalf of Hamas before the round of confrontation began.

Now, too late in the opinion of many, the Palestinian Authority is trying to contain the issue of al-Aqsa, which has greatly increased support for Hamas in its territories. Last Friday, the preachers in the mosques in the PA were instructed not to engage in al-Aqsa affairs, so as not to incite the passions.

The directive was issued by Mahmoud Habash, Abu Mazen’s adviser on religious affairs, but in response, some preachers were criticized by the worshipers, while the Palestinian Authority and the Ministry of Religious Affairs received a wave of curses and insults from worshipers.

A member of the Al-Aqsa Martyrs Brigades, one of the leaders of Fatah in Samaria and one of the leaders of the refugee camps, concludes that the postponement of the election revealed Hamas’ power and indicates that he has been surprised in recent months by the strength of the Islamic organization, especially since Abu Mazen declared the election. “Hamas is very strong here. It has an underground army just like the tunnels in the Gaza Strip. Many thousands, known in local parlance as Hamamis, no longer hide their support for Hamas, the street atmosphere is ripe for a coup. That is why people like Muhammad Dahlan, who was already experiencing the coup in 2007, understand that they must unite and even go with Hamas against Abu Mazen.”