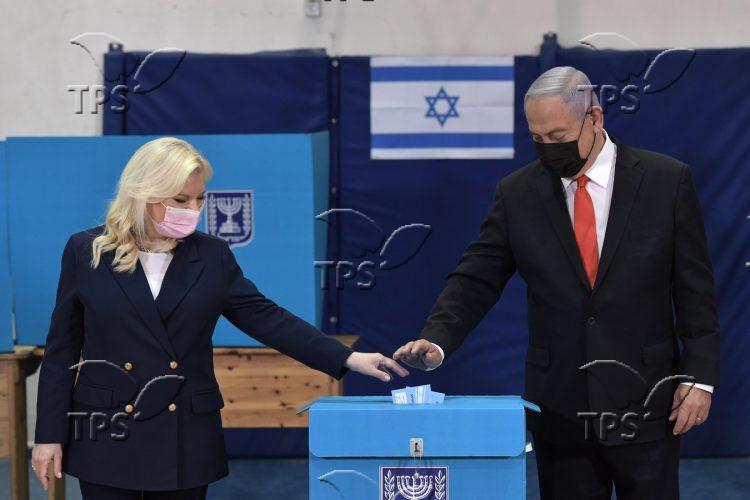 Jerusalem, 23 March, 2021 (TPS) -- The exit polls of the March 2021 elections for the 24th Knesset show that Prime Minister Benjamin Netanyahu obtained a majority and appears to be the leading candidate to form the next government with his natural partners, a solid 61 member right-wing government.

(The numbers are based on Channel 13’s polls)

The voting rate was 5% lower than the last elections.

Netanyahu has obtained a significant enough majority to form a government together with his natural partners and Yemina.

It should be noted that the exit polls last elections in 2015 failed to predict the actual outcome of the elections. A poll from the April elections likewise missed the mark. September’s exit poll was accurate.

Similarly, the exit polls do not take into consideration the soldiers’ votes, which are usually more to the right and can boost to the right-wing parties.