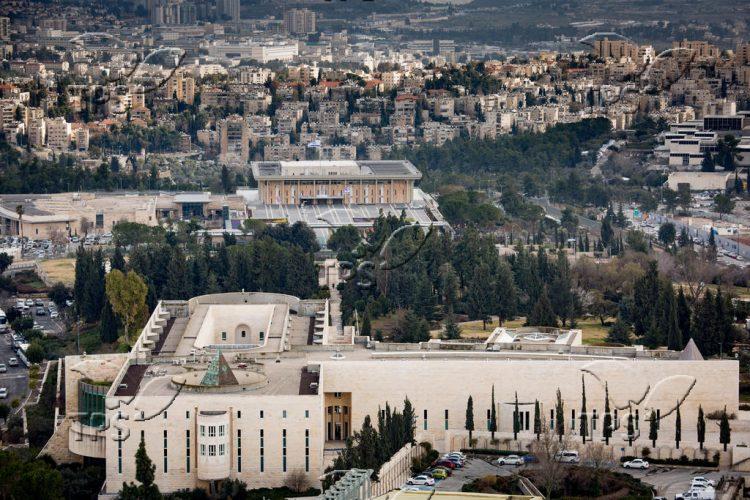 Jerusalem, 1 March, 2021 (TPS) -- The High Court of Justice ruled Sunday night that Ibtisam Mara’ana, an Arab woman who is seventh on the Labor Party’s list, can run for the 24th Knesset, eliciting harsh criticism from several political parties.

The Knesset’s Central Elections Committee voted last month to ban Mara’ana’s run, but the High Court unsurprisingly overturned its vote, as it usually does.

Seven judges ruled in favor of approving her candidacy, and one judge dissented.

Mara’ana has made a series of controversial statements, including ones disparaging the Holocaust and state memorial days.

In 2008, Mara’ana said in a press interview that she would “destroy Zichron Yaakov, and that you [Jews] should return to the United States or Poland.”

She also posted a Facebook post in which she expressed support for an Islamic Jihad terrorist who was on a hunger strike, called on the Tel Aviv Municipality to illuminate the municipal building with the colors of the PLO flag, and wrote in praise of Nakba Day, Israel’s Independence Day that the Arabs mourn as a catastrophe.

Knesset Speaker Yariv Levin accused the court of “once again failing morally in defending the most basic values of the State of Israel, especially the memory of the victims of the Holocaust.”

“This is further proof that the courts need a fundamental change and comprehensive reform, first and foremost in the method of electing judges,” he stated.

Member of Knesset (MK) Nissim Vaturi said that “the decision of the ‘Knights of Human Rights and the Rule of Law’ was so predictable that she [Mara’ana] did not even fear for a moment.”

MK Mai Golan said that “a pitiful and small terrorist supporter who disparages Holocaust survivors, IDF soldiers and state symbols has now been approved by High Court judges – contrary to all logic and sanity.”

MK Ariel Kellner said too that the ruling “is not surprising. Even if a candidate armed with a Kalashnikov entered the Supreme Court and roared with all his might: “Itbah al-Yahud!” [death to the Jews in Arabic] The verdict will state that ‘no critical mass of evidence has been accumulated for disqualification.'”

“From the Labor Party, led by the one [Merav Michaeli] who called on mothers not to send their sons to the “occupation army,” I also do not expect anything.”

The Religious Zionist party accused the court of “once again showing contempt to the legislature, ignoring the explicit provisions of the law and taking a stand against the citizens of Israel and to the right of their enemies.”

“After repeatedly disqualifying right-wing candidates due to past statements over which they expressed, the High Court preferred to approve a candidate who denies the existence of the State of Israel, belittles the Holocaust and even hopes for the destruction of Zichron Yaacov based on her weak and unreliable apology.”

All the MKs called for reforms in the High Court, which is often perceived as being left-wing and progressive in a manner that does not reflect the opinions and sentiments of the majority of the country’s citizens.

The Labor Party stated that Mara’ana “expressed remorse for what she wrote more than a decade ago. We see the affair behind us and are preparing to build a new future for the State of Israel; A future of connecting and sharing parts of Israeli society for the benefit of every citizen.”

The latest polls show that Labor will get five or four seats in the Knesset, and so Mara’ana is not placed in a viable spot anyway.