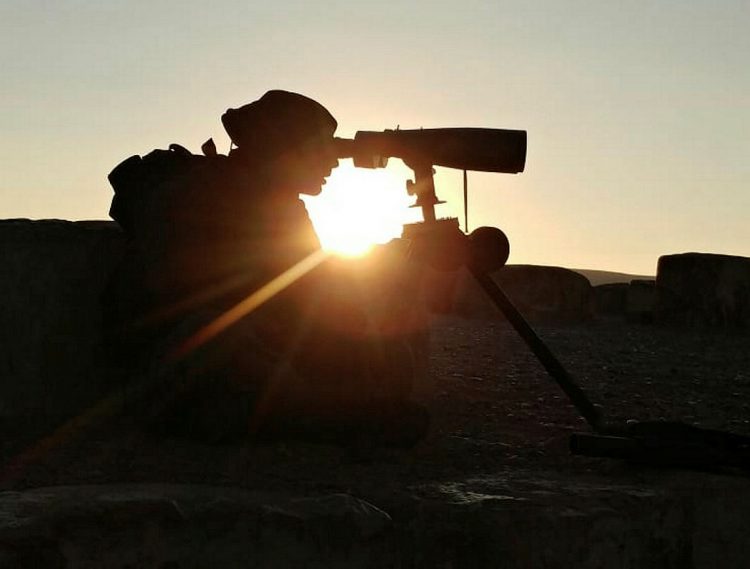 Jerusalem, 13 May, 2021 (TPS) -- IDF Special Forces operating on the border with the Gaza Strip have been successful in detecting and eliminating some 10 Hamas squads who were engaged in firing anti-tank rockets at Israel, including four on Thursday by noon.

The Maglan Unit, with its special technology, has engaged in hunting and taking out Hamas’ Kornet launching squads, consisting of about three members per squad.

A Hamas squad was successful at firing at an IDF jeep on Wednesday near Netiv Ha’Asara and killed IDF soldier Omer Tabib, 21, and injured three others.

Maglan, the Ibis bird in Hebrew, is an Israeli special operations unit that specializes in operating behind enemy lines and deep in enemy territory using advanced technologies and weaponry. It is part of the IDF’s Commando Brigade.

The special technology its uses is a military secret.

OPERATIONAL FOOTAGE: This is the moment we struck 3 Hamas terrorists operating an anti-tank missile in Gaza. pic.twitter.com/iRqomrGwVI

The IDF has advanced intelligence-collecting means across the border with the Strip, enabling it to have full control of the intelligence situation and the rapid deployment of forces with countermeasures.

These two crucial elements have led to the IDF’s outstanding success in this mission.