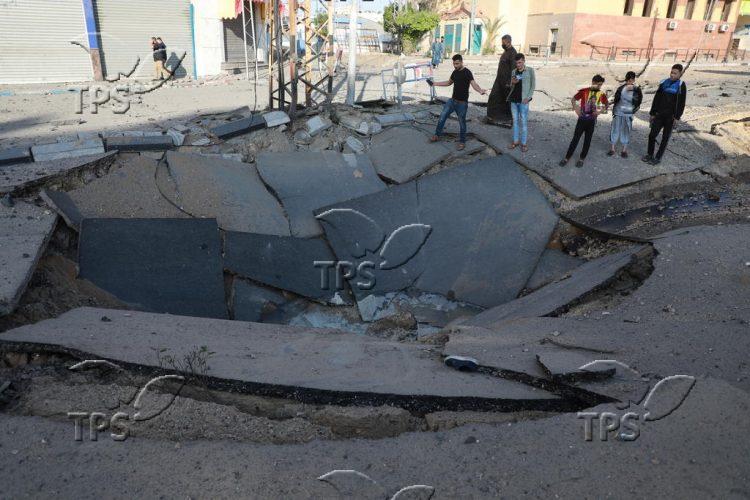 Jerusalem, 14 May, 2021 (TPS) -- The IDF has struck and severely damaged the Hamas’ so-called “Metro” underground city in a combined and one of its most powerful strikes in the Gaza Strip in Operation Guardian of the Walls.

Parallel to the Air Force strikes, artillery and armored troops deployed along the border and fired hundreds of artillery shells and dozens of tank shells against targets in the Gaza Strip.

The objective of the concentrated fire was to severely damage the strategically important underground tunnels belonging to Hamas, and many kilometers of the tunnel network was destroyed.

IDF spokesman said in a briefing Friday morning that the IAF dropped some 450 on the tunnels.

“It should be understood that such an attack requires full synchronization, with a lot of forces, intelligence, land and air,” he said.

“Around the time of the attack on the Metro, the IAF also pounded weapons targets and launch pods. In addition, launch pads that were opened to launch rockets into Israeli territory in response to the Metro attack were also attacked,” he said.

He further underscored that Israel was not seeking a ceasefire at this point and still had a long list of military objectives to achieve in its counterterrorism offense against the Hamas and Islamic Jihad terror organizations.

Gaza-based terrorist continued their attacks on Israeli cities and towns, and hundreds of thousands of Israelis were forced to run for a bomb shelter at some point in the night.

Zilberman noted that during the night there were three main barrages from Gaza, a total of about 55 rockets.

“It should be said that there was no firing on the center [of the country], and after such an attack this is not much, but everything can change in a day and we are in no hurry to see this as a trend of silence on the part of the terrorist organization Hamas and Islamic Jihad,” he said.