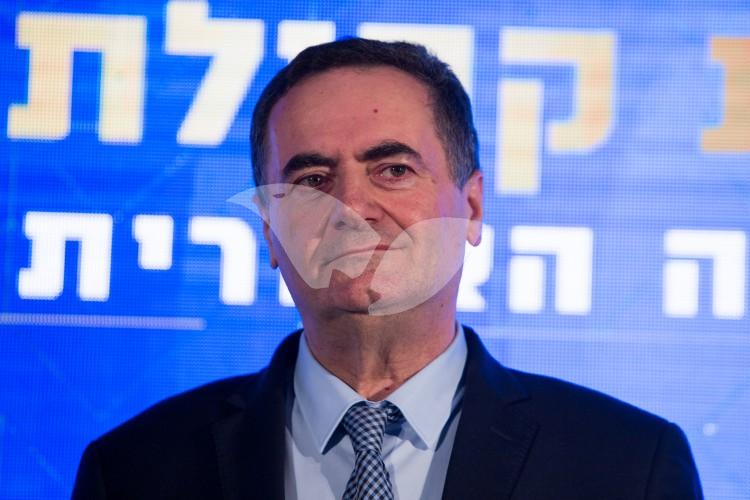 Jerusalem, 22 April, 2018 (TPS) -- Intelligence Minister Yisrael Katz issued an explicit warning on Sunday to Hamas leader Ismail Haniyeh, saying that if the terrorist organization targets Israelis overseas, he and other senior Hamas leaders will be targeted by Israel.

“I suggest to Haniyeh, who threatened to carry out attacks against Israelis, to talk less and to be more careful,” Katz warned in an interview with the Hebrew language Ynet website site. “Gaza is much closer than Malaysia. (A terrorist attack against Israelis) would cross a red line and would lead Israel to renew a policy of targeted assassinations of senior Hamas figures in Gaza, and Haniyeh could be one of them,” Katz, who is also a member of the Security Cabinet, said.

The threat comes on the heels of Haniyeh’s threat to take revenge for the assassination of Fadi al-Batsh, a Palestinian electrical engineer, a member of the Hamas military wing who was involved in researching and creating unmanned drones, in a drive-by shooting on the streets of the Malaysian capital, Kuala Lumpur on Saturday.

“Israel has an ‘open account’ with the Palestinian people and has now taken the war between the sides overseas,” Haniyeh said, while visiting the mourners tent for al-Batsh in Gaza on Saturday, hinting Hamas could attack Israeli targets abroad.

Hamas and al-Batsh’s family have accused Israel’s spy agency Mossad of conducting the assassination, but Israeli has neither confirmed nor denied its involvement.  Defense Minister Avigdor Liberman said Sunday that Hamas allegations that Israel was responsible for the assassination of al-Batsh were no more reliable than accusations that fictional character “James Bond” had carried out the murder.

Meanwhile, Palestinian Islamic Jihad (PIJ)  also threatened revenge Sunday for al-Batsh’s assassination. “No matter how long it takes, we will revenge the engineer’s death. His blood has not been spilled in vain,” PIJ said in a statement.