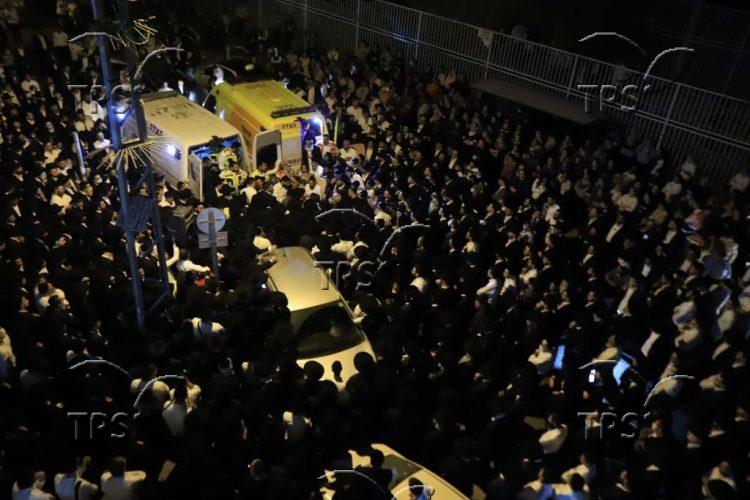 Jews from US, Canada, UK Died in Mt. Meron Tragedy

Jerusalem, 2 May, 2021 (TPS) -- 10 of the 45 Jews killed during the Lag Ba’Omer festivities on Mount Meron on Thursday night were from the US, Canada and the United Kingdom.

Pinchas Menachem Knoblovich, 22, of Borough Park, Brooklyn. He was engaged just two weeks ago and was scheduled to be married in six months. He was buried in Israel and hundreds attended his funeral.

Yoseph Kahn of Cleveland Heights, 21, was studying in Israel.

Shraga Gestetner, 35 and a father of five, from Montreal, Canada, was visiting Israel with his two brothers. He was a well-known singer.

Yoseph Avraham Tauber, 18, from Monsey, New York, arrived in Israel to study in a Yeshiva.

Nachman Daniel (Donny) Morris, 19, from Bergenfield, New Jersey, was studying Torah at the Shaalvim Yeshiva in recent months. He was buried in Jerusalem.

Eliezer Zvi Yosef, 26, from Kiryat Yoel, New York, was a Satmar Hasid and a father of four.

Eliezer Yitzhak Koltai, 13, grew up in Passaic, New Jersey, before moving with his family to Jerusalem.

Dubi Steinmetz, 21, of Montreal, Canada, was a student at the Mir Yeshiva in Jerusalem, as was Moshe Bergman, 24, from Manchester, UK.

The Israel immigration Authority opened a special line for members of family who wished to attend the funeral of their loved ones or visit those who were injured and hospitalized.

Canadian Prime Minister Justin Trudeau stated that “it was with great sadness that I learned of the death of two Canadians in this tragedy. Our hearts go out to their families and friends – we grieve with you, the people of Israel, and the Jewish community in Canada.”

UK Prime Minister Boris Johnson tweeted: “devastating scenes at the Lag B’Omer festival in Israel. My thoughts are with the Israeli people and those who have lost loved ones in this tragedy.”

New York Governor Andrew Cuomo stated he was “heartbroken by the tragedy. The loss of life as thousands celebrated a joyous holiday is devastating. New York sends its thoughts and prayers to the families of the victims and to the people of Israel and the Jewish community worldwide who are reeling from this horrific incident.”