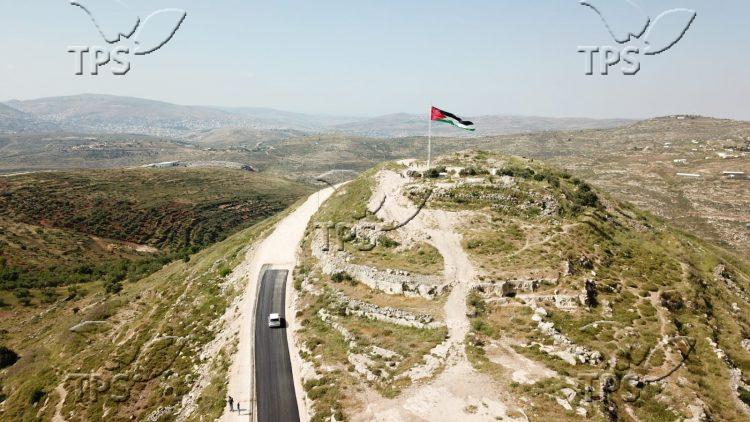 Jerusalem, 25 March, 2021 (TPS) -- Israel is losing the battle for the control of Judea and Samaria to the Palestinian Authority’s (PA) grand plan to overtake it illegally, leaders from Judea and Samaria and the political system warned, following an expose by the Ad Kan organization on the strategic threat.

Members of the Ad Kan organization conducted an undercover operation and disguised themselves as Arabs working for a Belgian news agency and were successful in obtaining the PA’s grand plan to overtake Area C in Judea and Samaria through illegal construction projects, funded by the European Union (EU) and Arab countries.

Area C is parts of Judea and Samaria under full Israeli jurisdiction as per the Oslo Accords.

In conversations with PA officials and original documents unveiled by the architects of the grand plan during interviews, Ad Kan found that the EU “is pushing with all its might,” knowingly operating against the law and in contravention of the Oslo Accords, to build a Palestinian state.

Ad Kan uncovered what it described as “a well-oiled mechanism” in which the EU secretly provides money, people and planning and legal knowledge to prepare a plan that will “isolate Israeli communities in Judea and Samaria and Jerusalem and establish a de facto terrorist state in the heart of Israel.”

During the operation, they realized that the process was already in full swing and that about 100 such programs are taking shape in the field, unhindered.

“Never before has there been such blatant interference in the internal affairs of any country in the world by the European Union as in ours, whether in funding anti-Israel organizations or in drawing the borders of the Jewish state,” Ad Kan said Wednesday, after their operation was unveiled in a Channel 13 news segment.

Yisrael Ganz, head of the Binyamin Regional Council, described the findings as a “national state of emergency” and warned Israel is losing Judea and Samaria.

“The PA, together with the EU, is taking over Judea and Samaria, suffocating communities and establishing a de facto state,” he stated Thursday, accusing the government of “falling asleep while on guard and as the Palestinians are taking advantage of the Israeli slackness and taking over the heart of the country without weapons.”

The EU is “fighting the Jewish people and the state of Israel with all its might, it is behind the funding and plans for the conquest of Judea and Samaria. This is how it intends to take Judea and Samaria out of Israeli hands. What the Europeans did 80 years ago [in the Holocaust], they are now continuing with huge funding and construction plans to overthrow the entire State of Israel,” Ganz charged.

Yochai Damri, head of the Har Hebron Regional Council, said that investigation is “shocking and requires a series of renewed and immediate actions by the security and political echelon in relation to Palestinian construction.”

“It is a war of existence, for the land of the Bible, for our precious earth, and for the roots and identity of our country,” he declared.

He said he has long warned of the damage caused by the illegal takeover, paving of roads, tilling of agricultural land, and illegal construction, that “is irreversible, and any such process must be stopped immediately.”

He called on the state to “make a decision on whether it is ready to accept a Palestinian state in the heart of the state of Israel, when a capital city is established near Jerusalem.”

“Ignoring the situation and the inaction are precisely the ‘silver platter’ of the de facto Palestinian state,” he said.

Member of Knesset Betzalel Smotrich warned that “this process is one of the most dramatic and dangerous that is currently taking place under our noses in the state of Israel. Very quickly the results will be irreversible. Rapid, determined and integrated activity is required here – political, enforcement, and Israeli settlement to seize the territory.”

In addition to the Arab construction boom, the program of agricultural land seizure has succeeded in poaching hundreds of thousands of dunams of Israeli-owned state land in Area C: Illegal agricultural projects, carried out on land registered or in the process of registration to the State of Israel, have effectively taken over massive swaths of the open spaces in Area C, taking advantage of a loophole created by the enforcement of the Ottoman legal code in this area that grants rights on the basis of agricultural use.