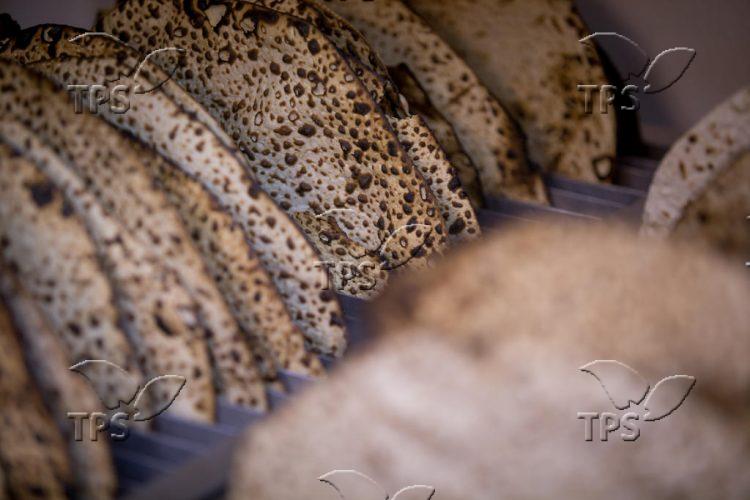 Jerusalem, 24 March, 2021 (TPS) -- The Bnei Menashe community in the remote northeastern Indian state of Manipur began preparing for Passover on Tuesday, including by baking matzah at the Shavei Israel Hebrew Center in Churachandpur.

The Bnei Menashe, or sons of Manasseh, claim descent from one of the Ten Lost Tribes of Israel, who were sent into exile by the Assyrian Empire more than 27 centuries ago.

Their ancestors wandered through Central Asia and the Far East for centuries, before settling in what is now northeastern India, along the borders of Burma and Bangladesh. Throughout their sojourn in exile, the Bnei Menashe continued to practice Judaism just as their ancestors did, including observing the Sabbath, keeping kosher, celebrating the festivals and following the laws of family purity.

They continued to nourish the dream of one day returning to the land of their ancestors, the Land of Israel.

“Passover symbolizes the Jewish people’s deliverance and it is a festival that resonates deeply for the Bnei Menashe,” said Shavei Israel Founder and Chairman Michael Freund. “In the far-flung regions of northeastern India, thousands of Bnei Menashe will sit down on Passover eve to conduct the traditional Seder, which embodies the hope they have been nurturing for generations: to make Aliyah and return to the land of their ancestors, the Land of Israel.”

“Over the past two decades, we have brought over 4,000 Bnei Menashe to Israel,” Freund said. “We hope that after 27 centuries of exile, the remaining 6,500 Bnei Menashe still in India will be able to celebrate Passover next year in their Jewish homeland.”

Down through the generations and into the last century, the Bnei Menashe continued to practice Biblical Judaism and marked Passover with a number of rituals, which included the removal of any bread from their homes and refraining from its consumption during the holiday as well as offering the Passover sacrifice.

In addition, each village priest would recite a series of ancient prayers, such as “Miriam’s Song,” which echoed the Biblical account of the Exodus and its aftermath, describing how their ancestors were redeemed from slavery in Egypt, crossed the Red Sea and were guided by a pillar of fire and clouds of glory until they reached Zion.

In recent decades, the Bnei Menashe have embraced contemporary Judaism and adopted its practices.