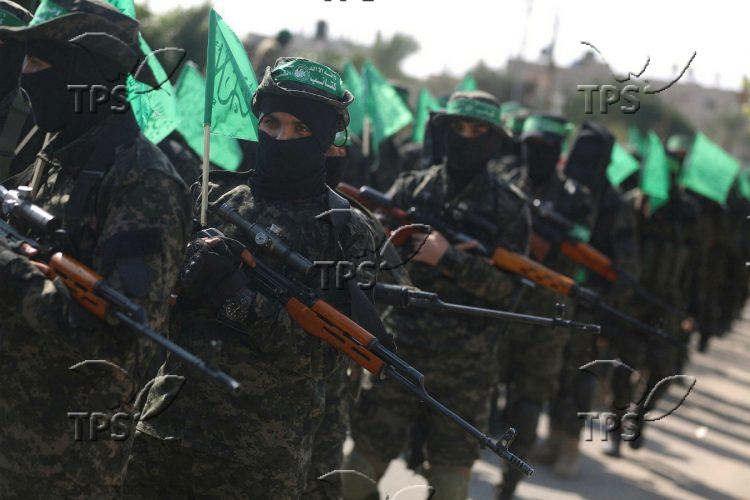 Jerusalem, 27 July, 2021 (TPS) -- Non-governmental organizations, or NGOs, operating in the Gaza Strip have assisted Hamas and other terrorist groups in pretending that terrorists killed during fighting with Israel were really innocent civilians. This is according to a scathing new report from the organization NGO Monitor.

Some international NGOs have gone so far as to accuse the State of Israel of deliberately targeting civilians. According to NGO Monitor, many of the “civilians” who Israel has been accused of killing in Gaza were actually terrorists. NGO Monitor has examined how some groups did this during the May 2021 Gaza conflict and in earlier confrontations.

It has previously been proven that most of the casualties suffered during the different rounds of fighting in Gaza were in fact young men of fighting age. But the local officials listed all of these people as civilians; even though, there was ample reason to believe that they were, in fact, terrorists.

Also, it has been shown that the casualty number for civilians in Gaza as reported by the international media came from the United Nations. But the United Nations personnel on the ground did not conduct their own investigations to determine the actual number of casualties. Their figures came from the local health authorities who, of course, are controlled by Hamas.

This is exactly the sort of thing that NGO Monitor is bringing to light.

One method used by NGOs to inflate civilian casualty numbers, accompanied by allegations of “war crimes,” says NGO Monitor, is to “obscure or omit essential details about specific incidents – thereby erasing the role of terrorist groups. NGOs falsely classify Palestinian terrorists as civilians and ignore evidence that implicates terror groups in the deaths of Gazan civilians.”

NGO Monitor says that they have successfully identified 50 incidents in which Hamas and Islamic Jihad operatives killed in Gaza were falsely labeled by NGOs as civilian casualties, or in which civilians killed by Hamas were implicitly attributed to Israel.

(Approximately 15 percent of the 4,300 missiles fired towards Israel fell short and impacted Gaza.)

“In failing to report accurately, Palestinian NGOs amplify the demonization strategy, ignore the commission of war crimes by Palestinians, and distort the reality of Israeli efforts to limit civilian casualties during the fighting,” reads the report. “These manipulated NGO accounts also serve as the basis of inflammatory media projects, such as the infamous New York Times front page story with pictures of [wounded] children, and for international ‘investigations’, such as a forthcoming UN Human Rights Council commission of inquiry.”

One of the many examples given involves a man named Saber Ibrahim Mahmoud Suliman and his 15 year old son Mohammed who were listed as being killed at 18:10 on May 10, 2021, in Jabalia, by Israeli fire. Four different NGOs reported that Suliman, 38, and his son were the victims of deliberate targeting by Israeli missiles. One even said that he was working in his fields at the time that he was killed.

But NGO Monitor has shown that Hamas itself had acknowledged that Suliman was a field commander in the Izz Ad-Din Al-Qassam Brigades. Photographs were published of Mohammed (15) dressed in military clothing and carrying automatic weapons. There is even a video of Suliman instructing his son in the use of automatic weapons.

Founded in 2002, NGO Monitor is a globally recognized research institute promoting democratic values and good governance. We work to ensure that decision makers and civil society operate in accordance with the principles of accountability, transparency, and universal human rights. We publish fact-based research and independent analysis about non-governmental organizations (NGOs), their funders, and other stakeholders, primarily in the context of the Arab-Israeli conflict. NGO Monitor is a project of The Institute for NGO Research, a recognized organization in Special Consultative Status with the UN Economic and Social Council (since 2013).