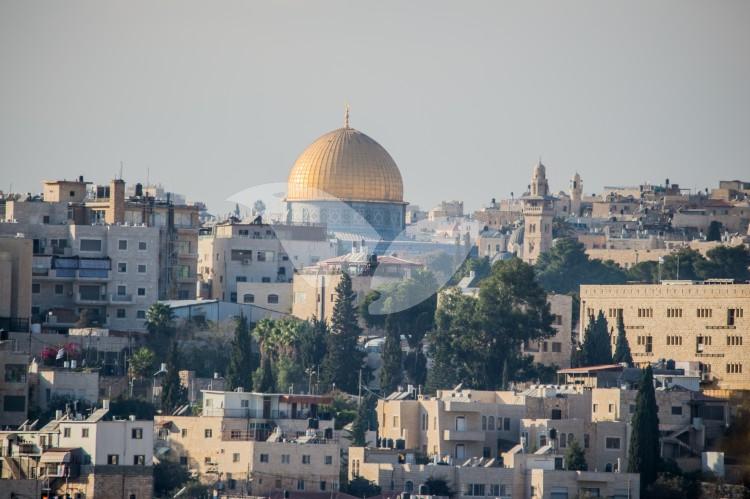 This meeting was held in Kfar Aram in the Jerusalem District, as part of the meetings the PA holds in its various districts.

The PA government determined that the Jerusalem District will be defined as Development Area A, and as part of this will provide it with NIS 16.5 million as an aid package.

The government has decided to provide an additional NIS 96 million in assistance to villages and local authorities in the Jerusalem district for infrastructure development.

In addition, the government will establish branches of its offices in the Jerusalem district.

In the Old City, the PA will also provide financial assistance to Old local merchants and will bear the merchants’ payments to the East Jerusalem Electric Company.

Assistance to city residents will also include allocating 500 jobs for at least six months.

The PA government has also pledged to provide financial assistance to residents of the east of the city whose homes are slated for demolition due to the lack of building permits.

In the field of education, the PA will invest$20 million in schools in the east of the city, including two vocational schools.

In housing, the PA will assist in the establishment of housing associations and provide them with $2 million in assistance, as well as approve transactions for the purchase and transfer of land in the east of the city. The PA will also work to provide housing loans and encourage investment in this area.

The PA has also decided to strengthen the security system and public order in light of the deteriorating sense of security in the east of the city and the increase in crime.

In the field of energy, the PA has undertaken to build solar stations in the Bedouin localities in the Jerusalem area, to install electricity transformers in Al-Azaria at a cost of $15 million, and to allocate space for the construction of a power plant in the east of the city.

In transportation, the PA will begin engineering pans to pave the Qalandiya Road, which is intended to alleviate the transportation crisis between eastern Jerusalem and Ramallah. The cost of the planning is NIS 22 million.

There is no Israeli consent to these plans, and no permits were provided for these projects. Most of the projects are slated for areas under full Israeli control.

Significant European financing is probably behind the funding of at least some of the projects.

This ambitious plan appears to be an extension of the Fayyad Plan.

In 2009, then-prime minister of the PA Salaam Fayyad laid out the Plan for the Creation of the State of Palestine, a methodical program for seizing control of territory in Area C, under full Israeli control as prescribed by the Oslo Accords, to form a broad and viable basis for a Palestinian state, specifically in the areas under Israeli control.