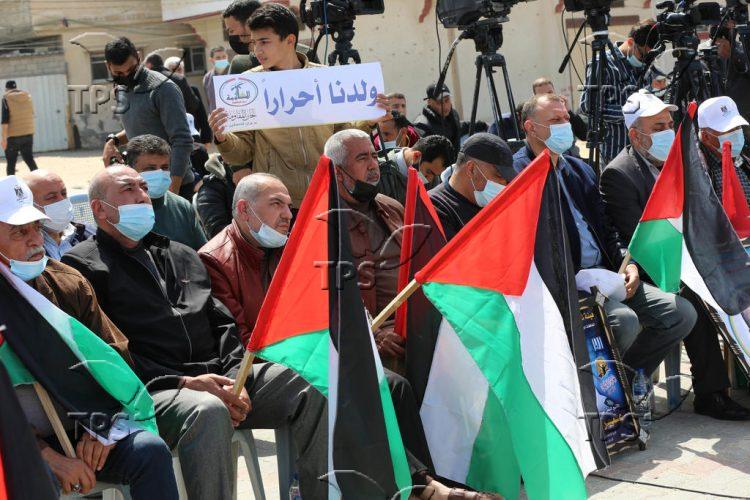 Jerusalem, 10 June, 2021 (TPS) -- Sources in the Palestinian Authority (PA) report that if a prisoner exchange deal between Israel and Hamas progresses in the near future, Hamas is also expected to demand the release of Marwan Barghouti, head of the Fatah’s armed Tanzim group, and who was sentenced to five life sentences in Israel for multiple terror attacks.

Hamas sources also claim that the names of Ibrahim Hamed, a senior member of Hamas’ military wing in Judea and Samaria, who was sentenced to 54 life sentences, and of Ahmad Saadat, the head of the Popular Front for the Liberation of Palestine (PFLP) terror organization, are also on Hamas’ list.

He was acquitted on charges of 33 other murders due to lack of evidence of direct involvement, with the court noting, “he did not have direct control over the terrorists but did wield influence.”

Hamed activated the Silwan Squad during the second intifada and planned a series of attacks on Israeli strategic infrastructure targets, such as railroads, major buildings and fuel depots.

Sa’adat was convicted of heading the PFLP terror organization during the time when PFLP members murdered Israeli Minister of Tourism Rehavam Ze’evi in 2001. While not convicted for involvement in the murder, the PFLP has honored him publicly as the planner of the assassination. Sa’adat is serving a 30-year sentence.

No official source has commented on this report, but sources indicate that a few days ago, Padua Barghouti, Marwan’s wife, left for Cairo to attend the meeting of the Palestinian factions, which has since been postponed. According to sources, Barghouti, who left for Cairo separately from the official Fatah delegation, is also expected to meet with the Hamas delegation regarding her husband’s release.

Sources in Fatah confirm the meeting and its goals.

Marwan Barghouti is very friendly with Yahya Sinwar, the Hamas leader in Gaza, and the two served time together in prison for 9 years. Sinwar was released in the Shalit deal.

He further said that recently there have been indirect contacts between Hamas and Israel.

According to Mardawi, Hamas’ chief demand is the release of prisoners freed in the Shalit deal and who were re-imprisoned in Israel after returning to terrorism.

He further added that there are contacts and if Israel wants, then it is possible to bring about an exchange of prisoners within a few days. “We cannot neglect those who have spent decades in prisons and those serving long prison terms,” ​​Mardawi said.

Hamas says the formula is “prisoner for prisoner” and denies any possibility of linking the release of prisoners to the rehabilitation of the Gaza Strip.

“The list will be high-quality and will not be measured by the number of prisoners,” said a Hamas source.