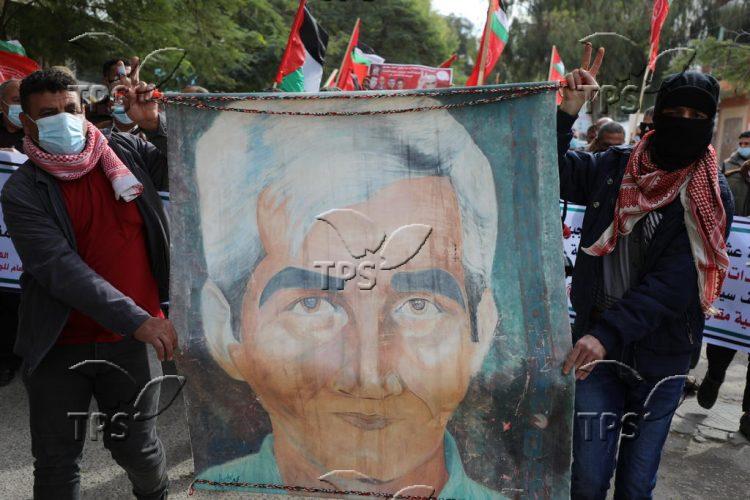 These Terrorists Want to Lead the Palestinian Authority

Jerusalem, 13 April, 2021 (TPS) -- The Palestinian Authority’s (PA) Central Elections Commission published a list of 36 parties set to participate in the upcoming elections at the end of May.

Two of the parties on the list, Hamas and the Popular Front for the Liberation of Palestine (PFLP), are designated by both the US and the European Union as terror organizations.

The US administration and the EU pushed PA head Abbas to hold elections, the first democratic elections since 2006, with the intention of promoting democracy and giving legitimacy to the Palestinian leadership. However, several terrorists are running for election, highlighting the PA’s terrorist nature.

The Palestinian Media Watch made a list of the more prominent terrorists who are running for office, several of whom are imprisoned in Israel.

Nael Barghouti was convicted of murdering an Israeli army officer in January 1978, near Ramallah and sentenced to life in prison. He was released in the Shalit prisoner exchange deal in 2011, with the condition that he cut all ties to terror and commit no further offenses.

Barghouti was arrested again in 2014 for violating the terms of his release and was again imprisoned to serve his original sentence.

Jamal Abu Al-Hija was the head of Hamas’ military wing in Jenin. He was directly involved in multiple terror attacks, including the explosion of a car bomb in November 2000 in the Israeli city of Hadera in which 2 people were murdered and 64 injured, and the Miron Junction bombing in 2002that murdered nine. Al-Hija is serving nine life sentences and an additional 20 years.

Naed Al-Fakhouri was convicted of recruiting suicide bombers and sentenced to 22 years in prison. He was released in the Shalit prisoner exchange deal, on condition that he be released and stay in the Gaza Strip.

Ahmad Sa’adat was convicted of heading the PFLP terror organization during the time when PFLP members murdered Israeli Minister of Tourism Rehavam Ze’evi in 2001. While not convicted for involvement in the murder, the PFLP has honored him publicly as the planner of the assassination. Sa’adat is serving a 30-year sentence.

Khalida Jarrar was arrested in April 2015, for being a member of the PFLP and for inciting to kidnap Israeli soldiers to secure the release from prison of Sa’adat. As part of a plea bargain, Jarar confessed in court, was sentenced to 15 months in prison and fined NIS 10,000, and given an additional suspended sentence of 10 months for incitement to violence and belonging to the PFLP.

Jarar was again arrested and indicted following the August 2019 terror attack carried out by PFLP terrorists in which 17-year-old Rina Schnerb was murdered and her father and brother were severely wounded. Jarar pleaded guilty to functioning as the de-facto head of the PFLP and is still in prison.

Ahed Abu Gholmeh was convicted of planning the murder of Israeli Minister of Tourism Rehavam Zeevi. Gholmeh is serving life in prison.

Walid Hanatsha has a long history of PFLP-related terror. Most recently, he was arrested and indicted for his part in the terror attack in which Schnerb was murdered. According to the indictment, Hanatsha drove the planner of the attack to the site on the morning of the attack. His trial is pending.

PMW noted that in the last general elections held in 2006, Hamas won the vast majority of votes. The Hamas government was later deposed by Abbas, who replaced it with a so-called “technocrat” government. Abbas later replaced the technocrat government with members from his own Fatah party.

In 2007, Hamas violently seized control of the Gaza Strip. Since then Abbas’ Fatah has controlled the PA areas in Judea and Samaria, while Hamas controls the Gaza Strip.