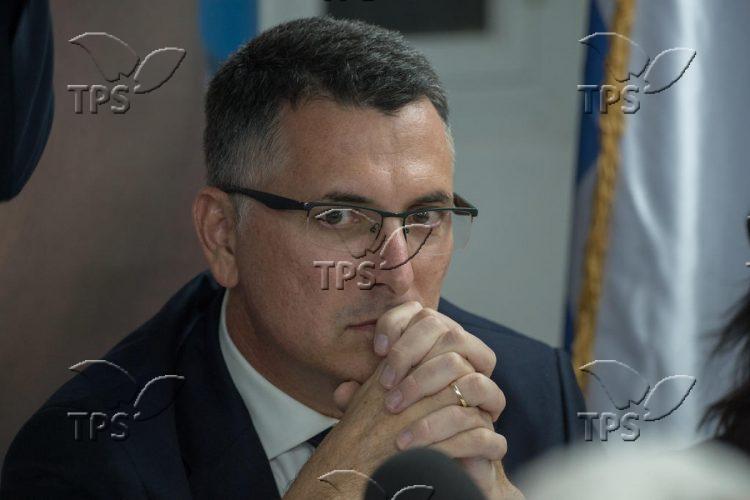 Zionist Orgs Call for Unity on Right, a Stable Government

Jerusalem, 4 April, 2021 (TPS) -- A group of 11 Israeli Zionist and right-wing organizations issued a call on Sunday to the leaders of the right-wing parties to put their personal differences aside and join together to form a stable government that is not reliant on anti-Zionist parties.

Naftali Bennett, head of the Yemina party, met with Prime Minister Benjamin Netanyahu on Friday. Gideon Sa’ar, who heads the right-wing New Hope party, has vowed to not sit in another Netanyahu government.

Bennett, Netanyahu and Sa’ar, who have previously worked together and who mostly share the same views, are now rivals do to personal animosity.

With a few short of the required 61 Members of Knesset to from a majority coalition, Netanyahu has suggested his government rely on the Islamist Ra’am party, which expressed interest in doing so in return for meeting a list of civilian demands.

These 11 groups oppose a collaboration with Ra’am, which has expressed support for Hamas and individual terrorists.

“We, organizations from the nationalist camp, call on the leaders of the Zionist parties from the Right and Left to reject the possibility of forming a government supported from within or without by parties that don’t recognize Israel’s right to exist as the nation-state of the Jewish People,” the organizations stated.

“Any party whose members support terrorism must be rejected outright, whether it’s the Ra’am party of the Islamic Movement or the Joint List,” they said.

“All parties should reconcile with their political rivals because at the end of the day, the only thing that’s important is the Jewish state and Jewish sovereignty in the Land of Israel,” they concluded.

Matan Peleg, CEO of Im Tirtzu which initiated the move, said that the letter was a wake-up call to the heads of the Zionist parties.

“Our elected officials need to wake up and understand that they are leading the country down a path of selling out its Zionist values for no justifiable reason. The nationalist camp has a clear majority to form a stable government. We are calling on Benjamin Netanyahu, Gideon Sa’ar and Naftali Bennett to take responsibility. The good of the country needs to come first, not personal emotions and mutual hatred.”

Professor Asher Yahalom, head of the Professors for a Strong Israel organization, said that the leaders of the nationalist camp need to “put the interests of the Jewish People first.”

My Israel head Sara Haetzni-Cohen said that “the challenges abroad and at home require the establishment of a nationalist government.”

Meir Deutsch, head of Regavim, said that “whoever is willing to sit in a coalition with those who do not recognize Israel as a Jewish and democratic state isn’t a Zionist. All of the spins and twists will not be able to obscure this ethical matter.”

Netanyahu’s bloc may try to poach a few MKs from the opposing bloc to complete a coalition of 61 MKs, possibly former members of the Likud party who regret their political choices. Netanyahu may also magically pull a political rabbit from his hat.

However, with a deadlock of 60-60, Israel may be facing its fifth round of elections in a bit more than two years.