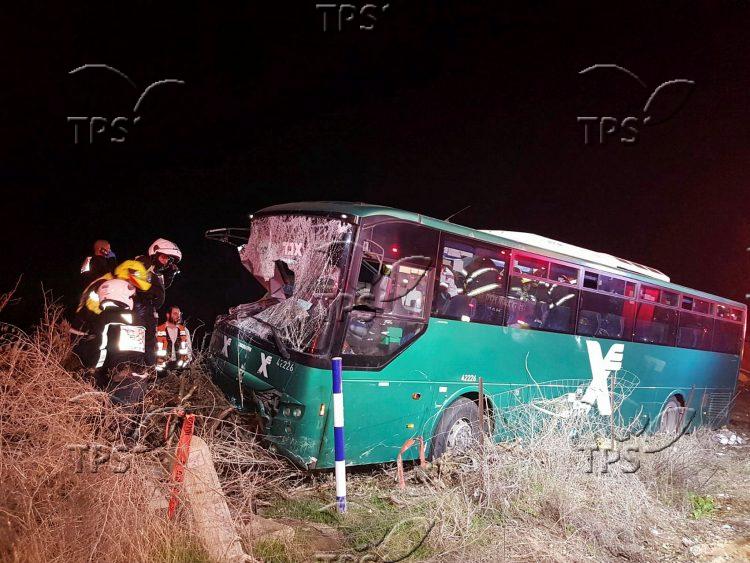 Three women and a man were killed and several others were injured in a bus accident on Sunday at an intersection near Ben Gurion Airport in the center of the country.

Emergency services evacuated 14 injured to the hospitals, including two in serious condition.

An initial inquiry indicates that the driver, who survived the accident with light injuries, lost control of the bus and crashed into a cement bus stop. He was questioned by police and is suspected of being the cause of the accident.