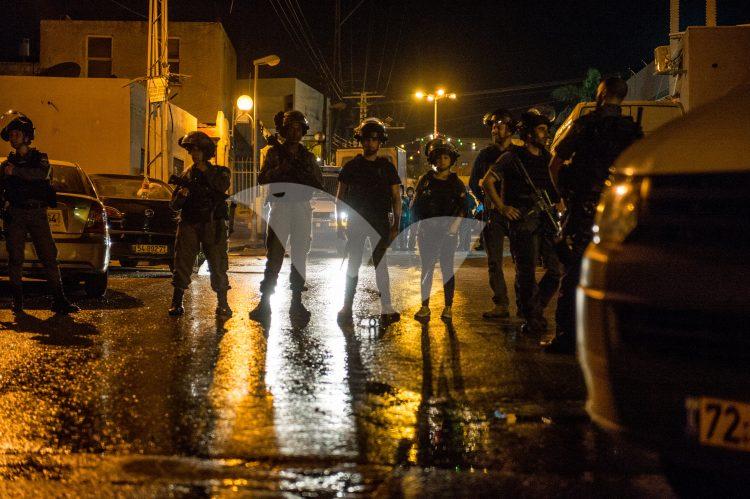 Jerusalem, 19 July, 2017 (TPS) -- Jerusalem police evicted a group of Jewish visitors to the Temple Mount Wednesday for violating visitation rules and closed the holy site to Jews. Jewish groups have capitalized on the absence of Waqf (Islamic trust) officials in recent days to take advantage of relaxed police regulations governing Jewish visits to the site, including teaching Torah lessons and saying short prayers.

But police warned Temple Mount activists not to push the boundaries too far and said they would enforce the law, regardless of Muslims’ presence on the Mount.

“Israel Police… will enforce standing regulations at the site. We will not allow any party to break the law, in any way,” the police said in a statement.

Earlier Wednesday, Jerusalem Mayor Nir Barkat warned Wednesday he would not allow the Al-Aqsa mosque to be used as  a base for terrorists.

Barkat pledged to provide security at the site for all visitors and people who come to pray. Barkat added a pledge not to allow al-Aqsa Mosque to be used for terrorism.

“We will not allow the mosque to be used for terrorism, as the killers [of police officers Ha’il Satawi and Kamil Shnaan] did,” Barkat said Wednesday following the second consecutive night of clashes between Arab residents in eastern Jerusalem and security forces. “The police decision to install metal detectors was a correct and necessary one, and one that will prevent more terror operations in future there.”

Barkat added  a call for Muslim leaders and the entire world to “internalize the fact that the Temple Mount will not be used as a shelter or a center for terrorists and murderers to get organized.

I suggest the protesters to direct their anger at the terrorists who established this need [for security measures], not at the police,” he said.

Dozens were injured, including at least two police officers overnight between Tuesday and Wednesday in the ongoing clashes. Arab residents threw stones, shot fireworks and threw Molotov cocktails at police and border police forces in Silwan, adjacent to the southern wall of the Old City, and across town in Issawiya. Security forces responded with riot-dispersal measures.