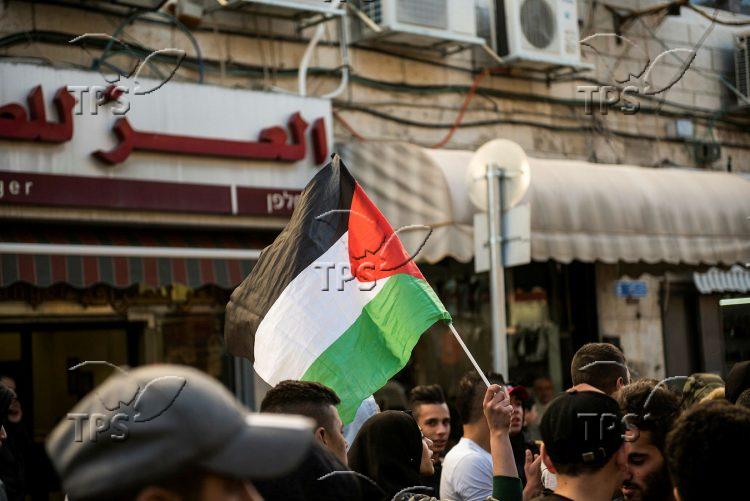 Boycott of Israeli Products Declared in Eastern Jerusalem and PA

Jerusalem, 30 May, 2021 (TPS) -- Another campaign to boycott Israeli products will begin on June 6 for a week, in all areas of the Palestinian Authority (PA) and eastern Jerusalem.

Dozens of products, including dairy products, cheeses, mineral water, snacks, coffee and sweets, have already been removed from the shelves of supermarkets. Tik Tok videos are accompanying the campaign and show business owners removing Israeli products from the shelves and encouraging the boycott.

Red stickers are being affixed to Israeli products with the words “Made with Palestinian blood” or “This product finances apartheid” and signs are being placed on the shelves that read “Know that you are financing Israeli weapons in this purchase” or “Know that you are donating 16 percent to the IDF.”

Supermarkets and stores are offering alternative products from non-Israeli companies.

Activists from the Boycott, Divestment, Sanctions (BDS) movement and the Palestinian National Committee are behind the campaign and are trying to take advantage of the latest round of fighting in the Gaza Strip to expand the boycott phenomenon. The campaign is taking place under the “National Economy Campaign” designed to encourage the purchase of Palestinian products.

One of the focal points of the activity is in the town of El Bira, near Ramallah, where the boycott movement began an information campaign aimed at persuading store owners to join the boycott.

Farid Tamallah, one of the leaders of the boycott organization, told the Al-Arabi al-Jadid publication that “any escalation in events helps to expand the boycott due to the atmosphere on the street.”

The field coordinator of the boycott movement, Mahmoud Nawaja, who is affiliated with the Popular Front for the Liberation of Palestine (PFLP) terror organization, said the organization is working to extend the boycott to all areas of the Palestinian Authority but the boycott organizations are having difficulties due to the refusal of traders and wholesalers who have not found substitutes for Israeli goods.

Sources in eastern Jerusalem claim that this is mainly a media campaign because a large part of Israeli products has no substitute, especially for dairy products, cheeses and leading food brands. Many traders fear that the boycott will eventually lead to financial losses also due to dependence on Israeli products.