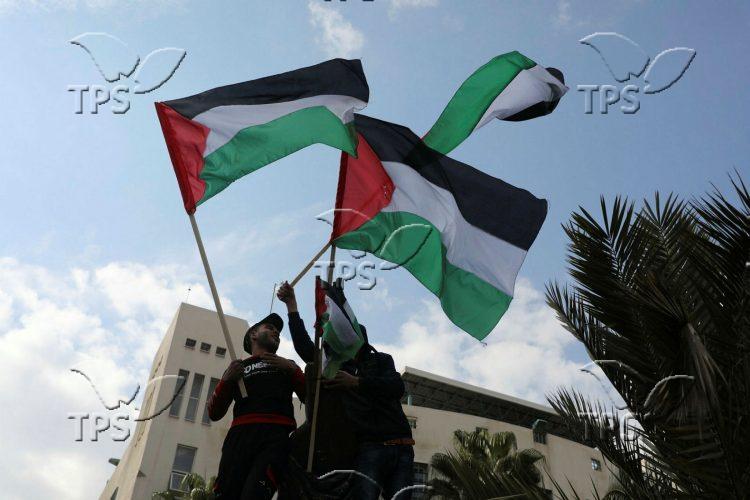 Jerusalem, 30 May, 2022 (TPS) -- The internal shocks and strife and the Palestinian Authority (PA) continue as sources in Ramallah estimate that PA Prime Minister Muhammad Shtayyeh is expected to step down soon, as part of the power struggles between Fatah officials.

Senior PA sources say Shtayyeh is facing heavy pressure and could be ousted by his colleagues on Fatah’s Central Committee within days.

“I do not see the possibility of [Shtayyeh’s] resigning voluntarily at the sensitive stage we are in, but steps have already been taken to oust the prime minister,” a senior Ramallah official told TPS.

Shtayyeh’s confidants have denied the news of an expected resignation.

Sources report that PA Finance Minister Shukri Bishara is also about to resign after submitting his letter of resignation to PA head Mahmud Abbas a few days ago. The PA chairman forwarded the letter to the prime minister’s office, and Bishara’s resignation has not yet taken effect. Bishara recently told associates that “he is in a maze of commitments to the teacher and doctor sectors and cannot withstand the pressure.”

Now, and not for the first time, the names of Dr. Rami Hamdallah, who has already served as prime minister, and of Muhammad Mustafa, who previously served as deputy prime minister and head of the investment fund, have come up as replacements for Shtayyeh.

Sources say the reasons for Shtayyeh’s expected resignation or dismissal are many, and the main one is the dysfunction of PA government ministries which are suffering from severe budget distress, and after recent demonstrations and protests by the teacher, doctors and engineer sectors, and after a number of corruption cases have recently been revealed.

About 20,000 PA teachers are on strike. Even after an agreement was signed with the Palestinian Teachers’ Association affiliated with Fatah, 20,000 teachers are demanding better conditions and higher salaries. This demand has been in place since 2013.

In addition, “bread demonstrations” have been taking place in Hebron due to rising wheat, rice ‘and oil prices. Following the Russian invasion of Ukraine, the price of a kilo of rice is now three times higher than it was a few months ago, and the price of a liter of oil is twice as high, while salaries for Palestinian Authority officials have not been paid in full for several months.

“To this, you can add the phenomenon of returning checks in the hundreds of millions of dollars every month and the increase in unemployment, and above all, the increase in violence and anarchy in the PA as we saw in Jenin and more,” says a senior Ramallah official.

The distress of the Shtayyeh government is due to the lack of revenue both on the part of Western donor countries and on the part of the Arab countries, although the main reason for the move to his possible dismissal is political.

The Fatah Central Committee, the organization’s supreme body, of which Shtayyeh is one of the members, believes that the government’s dysfunction is affecting Fatah and the Palestinian Authority and weakening them in the eyes of the residents.

Senior Fatah figures believe that Fatah’s bitter failure in the elections for the student organization at Bir Zeit University, which played into the hands of Hamas, stems from the identification between the failing government and Fatah, which led to the victory of Hamas, which won 1,500 more votes than Fatah.

Senior Palestinian Authority officials told TPS that “in the Central Committee there are those who believe that a split should be made between the prime minister’s portfolio, one of the most important political portfolios, and Fatah,” although others oppose the move.

Shtayyeh has been the target of his rivals, Hussein A-Sheikh, the Minister of Civil Affairs who was recently promoted by Abbas to become secretary of the PLO Executive Committee in a controversial move, and Majed Faraj, the head of General Intelligence, an associate of the PA chairman.