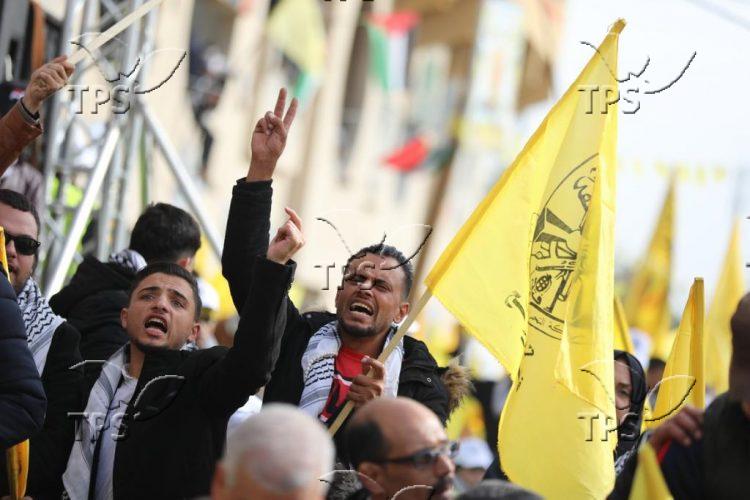 ‘Disaster, Collapse’: Tensions in Fatah Rise as it Fears Defeat in Elections

Jerusalem, 4 April, 2021 (TPS) -- There is a great deal of tension within the Fatah’s ranks and senior officials told TPS that there is an atmosphere of rebellion against the rule of Mahmoud Abbas, who is now perceived as responsible for crushing the organization and splitting it into rival factions.

“Disaster, collapse, black day, the end of Fatah,” the organization’s activists say, raising the possibility that the situation will worsen if Abbas also ousts Marwan Barghouti from the Central Committee.

Many elements are now joining the criticism against Abbas, including those who worked alongside Yasser Arafat, including foreign officials, officers and former senior officials, and are attacking Abbas as responsible for the drama and historical division in Fatah.

Fatah officials are even talking about the death of the movement. Activists of Mouhamed Dahlan and Barghouti are calling for personal accountability with Abbas and his family members and even claim that they should be expelled from the area.

A senior Fatah official said that “this is Abu Mazen’s (Abbas) last battle for survival with the younger generation of the movement and he is expected to end his tenure like the Shah in Iran even though he feels strong now, like the Shah, on the eve of the revolution … Abu Mazen is responsible for the destruction of Fatah and the Palestinian Authority, and he does not hesitate to allow Hamas to enter the PLO … The Palestinian People’s Court will come for him, not for nothing did Abu Mazen rush to renew security coordination with Israel so it will protect it,” he said.

Fatah is now talking about growing unrest in the refugee camps in the PA territories and the possibility of acts of violence flaring up between the camps in Fatah. It is estimated in Ramallah that the Dahlan camp in the Gaza Strip has also become very strong in recent years and that the number of registered activists there is 92,000.

Meanwhile, there is growing speculation in Ramallah that Abu Mazen is approaching the decisive moment and the chances are high that he will announce the postponement of the elections while justifying the dramatic step in Israel’s refusal to allow ballot boxes in eastern Jerusalem. A senior official says there is an understanding, almost a decision by Abu Mazen, to postpone the election and save Fatah.

A security source in the Palestinian Authority explains that it is not for nothing that the PA recently demanded that 18 polling stations be set up in Jerusalem, and not just six, in order for Israel to refuse and pave the way for Abu Mazen to announce the postponement of the election.

Another source says that Israel is now pushing for Abu Mazen not to continue the election campaign, based on an intelligence assessment that has been formed in Israel according to which he is expected to be defeated.

A senior Ramallah official confirmed that businessmen Samar Khuri and Bashar al-Gaza, Abu Mazen’s friends, were sent to the US and are trying to check the pulse of the American response in case Abu Mazen decides to postpone the election.

The source says that the intelligence services in the US and Europe are increasing their interest in the Palestinian arena in light of the deteriorating situation in Fatah.