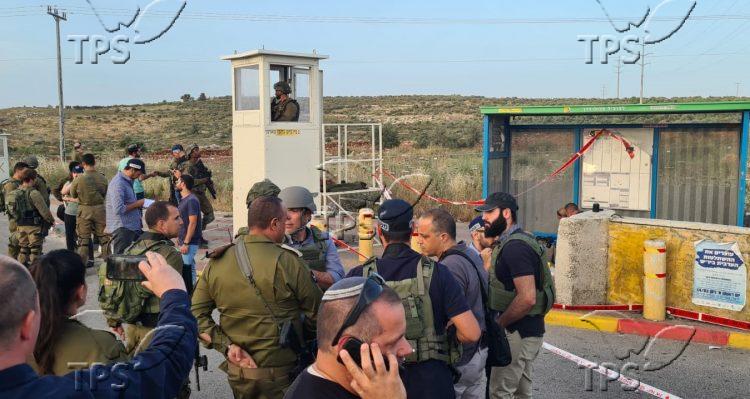 Jerusalem, 3 May, 2021 (TPS) -- Doctors at Beilinson Hospital in Petach Tikvah are fighting for the lives of two of the Israeli victims who were shot and critically wounded during a shooting attack at Tapuach Junction in Samaria on Sunday evening.

Yehuda Guetta, 19, is still in critical condition and there is an immediate danger to his life. Benaya Peretz, 19, is in very serious condition.

The third wounded Israeli, Amichai Challah, 19, was released to his home after sustaining light injuries.

The three, Yeshiva students, were waiting at a bus stop at the Tapuach Junction when terrorists drove by and fire at them, seriously injuring them.

Soldiers securing the junction fired back but apparently missed their targets.

United Hatzalah volunteer EMT Menachem Bakush who was one of the first responders at the scene relayed that when he arrived he saw three young people each with varying injuries. One was in critical condition, one in serious condition and one in moderate condition. After receiving initial treatment at the scene, they were all transported to Beilinson Hospital.

The Hamas terror organization welcomed the attack as “a natural response to Israeli aggression in Jerusalem and the Al-Aqsa Mosque. Palestinians are being called upon to escalate opposition to plans by Israeli elements to break into the Al-Aqsa Mosque on Jerusalem Day,” which will be celebrated next week.

The Islamic Jihad terror group also welcomed the attack as “a message on behalf of the entire Palestinian people that Jerusalem is a red line and that harm to the holy places will explode in Israel’s face.”

Prime Minister Benjamin Netanyahu stated after the attack that the security forces “are in pursuit of the terrorists and I am certain that they will apprehend them as soon as possible. We will not allow terrorism to raise its head and we will strike our enemies with force.”

IDF forces continued their manhunt for the terrorists who carried out the attack.

IDF forces operating in the Arab village of Beita, situated south of Shechem (Nablus), as part of a search for the terrorists encountered Arabs who rioted and threw rocks and Molotov cocktails at them, and they responded with live ammunition and means of dispersing demonstrations.

Arab reports indicate that at least one of the rioters was killed by the IDF’s fire and several others were wounded.

In accordance with the IDF’s assessment of the situation, it was decided to reinforce the Judea and Samaria Division with more combat forces.

Member of Knesset Avi Dichter stated after the attack that “the escalation in Judea and Samaria and the attempt to murder Jews is the result of incitement that accuses Israel of canceling the parliamentary elections in the Palestinian Authority.”

PA head Mahmoud Abbas stated Thursday he was canceling the general elections due to Israel’s refusal to allow voting in Jerusalem.

“There will be no elections in Jerusalem, and if anyone thinks we can translate this into terrorist attacks, he should prepare a burial plot for himself,” said Dichter.