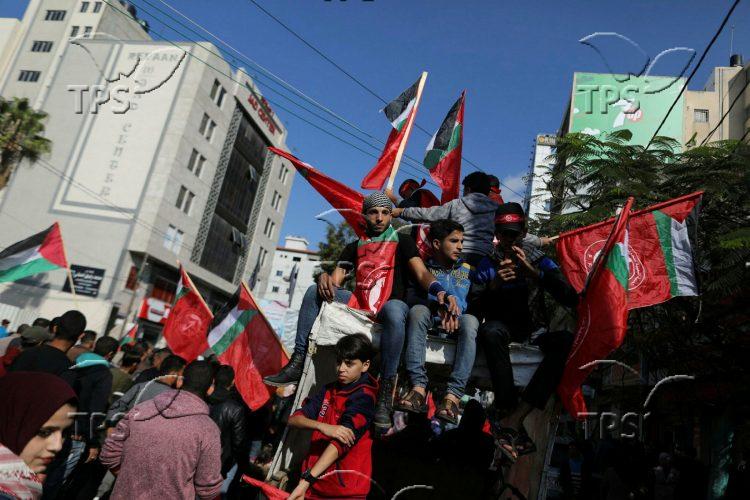 Jerusalem, 6 May, 2021 (TPS) -- A mechanism that the Popular Front for the Liberation of Palatine (PFLP) terror organization developed to finance its terrorist activities in Judea and Samaria through the use of funding provided by aid agencies and NGOs operating in Europe was recently exposed, the Shin Bet security agency revealed on Thursday.

The embezzled humanitarian funds were diverted to Palestinian institutions and organizations in Judea and Samaria that belong to the PFLP and operate under humanitarian cover, through an organization called the “Health Committees.”

The Shin Bet investigation of those involved in the scam revealed that these organizations deceived several European countries to receive large sums amounting to millions of euros.

The investigation further revealed that a significant portion of the funding was used to fund PFLP terrorist activities.

During their interrogation by the Shin Bet, the suspects disclosed a large amount of material indicating the extent of the fraud carried out by the PFLP.

Amro Hamuda, 46, a resident of Al-Bira, a PFLP activist, is a former director of the procurement department of the Health Committees.

Juani Rashmawi, 63, a resident of Beit Sahur has Spanish citizenship. She worked for many years in the Health Committees and is responsible for bringing in donations from European countries.

Indictments will be filed against the defendants in the coming days in the military court in Judea.

A senior Shin Bet source said that “the extensive financial activity promoted by the Popular Front organization joins a long line of terrorist activities, which have been thwarted by the Shin Bet in recent years.”

The PFLP is “a murderous terrorist organization” that is responsible for the bombing in August 2019 in which Rena Shnerb, 16, was killed while hiking with her family at the Ein Danny spring, he said.

The Shin Bet will “continue to act and thwart the terrorist infrastructure and financial infrastructure of the PFLP organization, an organization that is constantly working to undermine security stability in Judea and Samaria and to promote organizational and military terrorist activity against Israel,” he said.