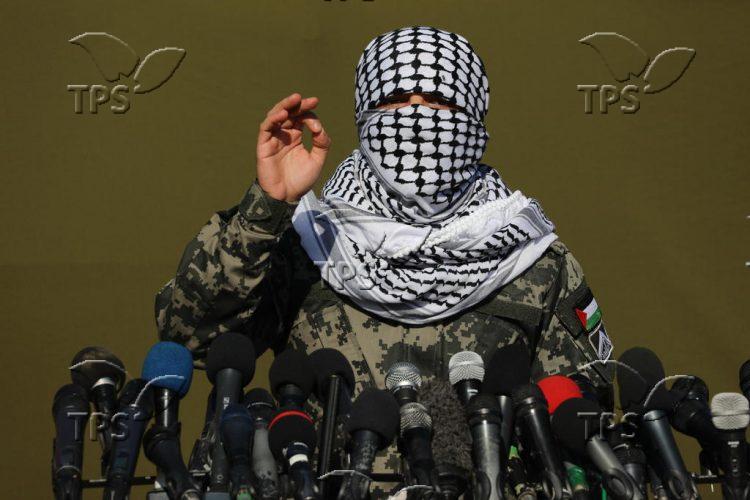 Jerusalem, 5 May, 2021 (TPS) -- Muhammad Def, head of Hamas’ military wing, issued a “last and explicit warning” to Israel that Hamas will not stand by idly in the face of Israel’s “aggression against the Palestinians in the Sheikh Jarrah neighborhood” in Jerusalem, and Israel will “pay a heavy price” if it does not cease its actions there.

Def issued the unusual statement on Tuesday night and warned Israel that if it does not stop its legal action against Arab residents of the Sheikh Jarrah neighborhood in Jerusalem who are living illegally on Jewish-owned land, Hamas will not remain silent and Israel will pay a heavy price.

The statement added that he “encouraged the residents of Sheikh Jarrah in their struggle” and that “the leadership of the resistance and the military wing of Hamas were following what was happening there closely.”

The Jerusalem District Court recently rejected several appeals and ruled that the eight Palestinian families who have lived illegally on Jewish-owned land in the neighborhood for decades should be evacuated. The court initially offered them to pay rent to the Jewish owners of the land on which the Jordanians built the homes, but they refused to do so and were therefore ordered to be evicted.

The High Court of Justice is expected to issue its final decision on Thursday, and if the Court does not accept the final appeals, the families will be forced to vacate their homes.

Hamas leader Khaled Mashaal has threatened that the 28th day of the Muslim month of Ramadan, on May 9, will be the turning point in the “great battle against the Judaization and control of Jerusalem, and the attempt to divide the use of the Al-Aqsa Mosque.”

The 28th day of Ramadan coincides with Jerusalem Day on Sunday night.

The 28th day of Ramadan marks the “Lil al-Qadr”, the most sensitive night in Ramadan with deep religious significance, in which the angel Gabriel brought down the Quran and opened the gates of heaven for prayers, according to the Islamic faith.

“We have no future, or state, or self-determination without Jerusalem,” said Mashaal in an interview with Hamas’ Al-Aqsa TV last Sunday.