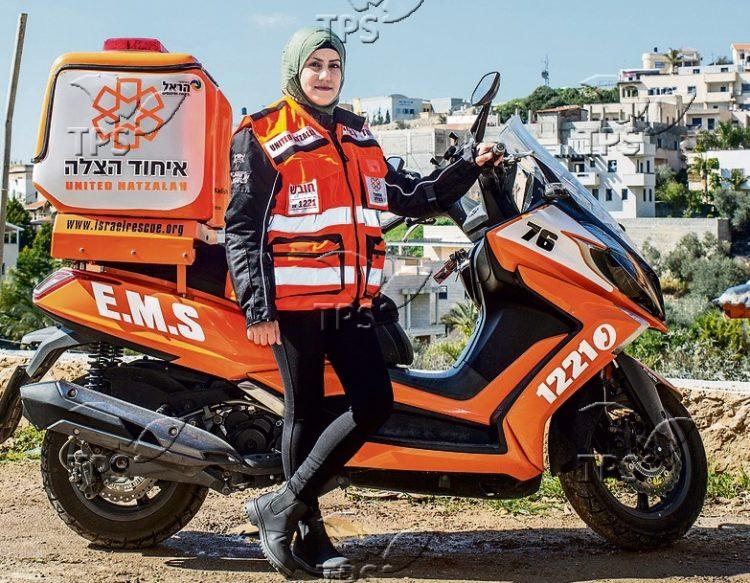 ‘Our Common Goal is Saving Lives’: Jewish and Muslim EMTs Run in Unison to Save a Life

During the class, the emergency communication devices of all four EMTs began to ring in unison, alerting them to a nearby medical emergency. An 80-year-old resident of the northern Moshav Ram-On suddenly lost consciousness while parking his car.

Pedestrians walking by had spotted the man and alerted the family as one passerby called United Hatzalah’s Dispatch and Command Center. The team of EMTs rushed together, along with the instructing paramedic to the given location.

Three minutes later, the team arrived at the scene to find a family member attempting CPR, while being guided on the phone by a member of the Dispatch Center. The man had been pulled out of the car and was laid on the street.

The team of first responders quickly took over the CPR effort. A few moments later a doctor who lives in the neighborhood arrived to assist. The doctor administered Adrenaline and EMT Sanaa attached a defibrillator which advised a sock. After one shock together with assisted ventilation and chest compressions, the man’s pulse returned.

Still unconscious, the man was taken to the hospital with a mobile intensive care ambulance, and the team returned to their training session.

“You will not see many religious Muslim women out responding to emergencies,” said Sanaa. “However, despite the common misconception that men and women, Jewish and Muslim, cannot work together, I’ve never felt safer in the company of my peers and fellow EMTs than I do working together with other volunteers from United Hatzalah.”

“When I or my fellow first responders are responding to medical emergencies, we don’t see race, religion, or gender, we see an emergency, and a person who needs help. By focusing on our common goal of helping others, it is easy to put the politics aside and even build bonds of friendship with one another and that is what happens in this organization,” she said.