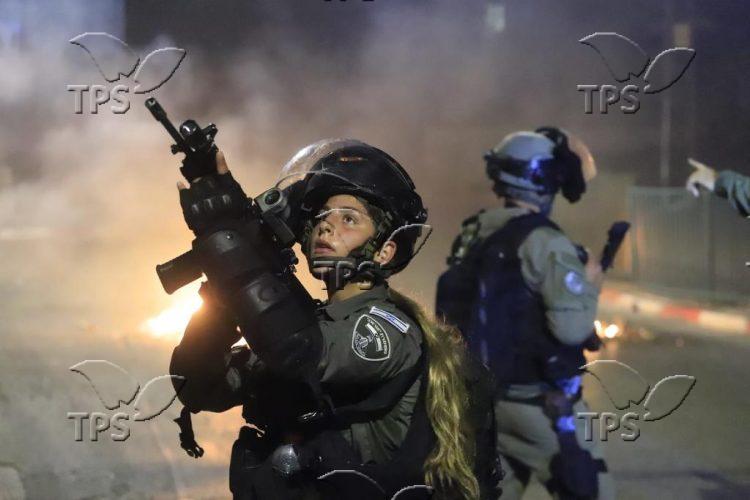 Islamic Leader from Lod Arrested for Calls to Burn Cops

Jerusalem, 17 June, 2021 (TPS) -- Israel’s police arrested on Wednesday night Sheikh Yousef al-Baz, the Imam of the city of Lod in the center of the county, following his calls to burn cops and other incitement to violence.

The police stated Thursday morning that detectives from the Lahav 433 Unit arrested the Muslim cleric from Lod following his posting of a message on Facebook a few days ago with a reference to a video that allegedly calls for harming police officers.

A rioter in the US is seen burning a police officer, and, al-Baz wrote “the best way to deal with injustice…”

Al-Baz was arrested on suspicion of inciting violence, terrorism and threats.

The police intend to bring him to court later in the day for an extension of his remand.

Al-Baz was previously embroiled with incitement to violence and terrorism, and several complaints have already been filed against him by various bodies and individuals.

The city of Lod was the scene of extremely violent anti-Jewish riots perpetrated by Muslims last month while the Hamas terror organization was firing rockets at Israeli cities and as the IDF was engaged in Operation Guardian of the Walls in the Gaza Strip.

The riots included the burning of synagogues, destruction of homes, and shooting at police and civilians.

The Im Tirzu movement, which has previously exposed al-Baz’s incitement to violence, said following his arrest that “better late than never. It is time for law enforcement to put the inciting sheikh behind bars. Anyone who repeatedly encouraged harm to Israelis during Operation Guardian of the Walls must pay for his actions.”

The Regavim movement, which filed a complaint against al-Baz with the police last month, welcomed the arrest.

“The horrific violence directed against the Jews of Lod was launched with the poison of anti-Semitic incitement by Imam al-Baz, a member of the Northern Faction of the outlawed Islamic Movement. The incitement ended with the heavy toll of the lynching in which Yigal Yehoshua was killed, with many wounded, and enormous economic damage. Better late than never,” the organization stated.