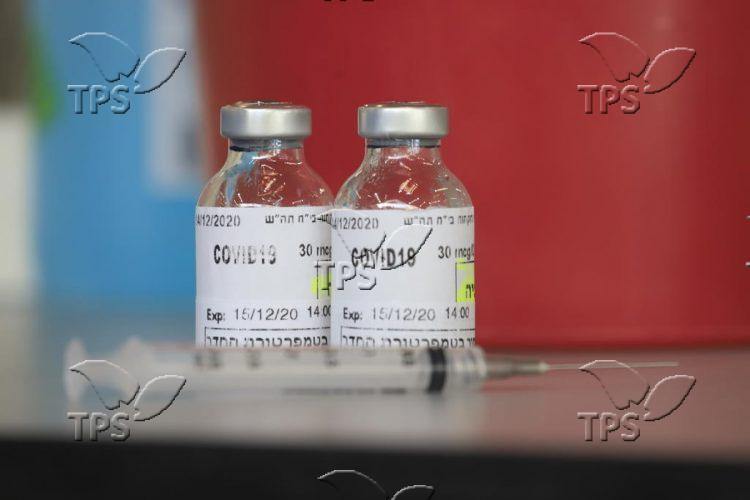 Jerusalem, 17 February, 2021 (TPS) -- 1,000 Russian Sputnik V Coronavirus (COVID-19) vaccines were transferred from the Palestinian Authority, through Israel, to the Gaza Strip on Wednesday.

The transfer was made at the request of the PA and with the approval of Prime Minister Benjamin Netanyahu.

10,000 doses of the vaccine had been transferred from Russia to the PA, which requested that 1,000 be transferred to Gaza for healthcare workers there.

The transfer came just days after the PA’s Health Minister Mai Al-Kaila accused Israel of banning the transfer of COVID-19 vaccines to health workers in the Hamas-ruled Gaza Strip.

The Knesset’s Subcommittee on Policy and Strategy discussed on Monday the transfer of COVID-19 vaccines to the PA.

Committee Chairman Member of Knesset (MK) Zvi Hauser said during the session that the PA wants to deliver vaccine doses to 500 medical staff members, “but I doubt it and assume that they will be passed on to the leaders of Hamas first and foremost.”

“I assume that they will be passed on to those responsible for their abduction [of bodies of two IDF soldiers] and possibly those guarding the Israeli abductees. I don’t see [Hamas leader] Yahya Sinwar taking his vaccine and giving it to the compassionate nurse in Gaza. Let’s not be naïve.”

Two Israelis, Hisham Al-Sayed and Avera Mengistu, are believed to be held captive by Hamas.

Israel has not received any information regarding their fate, and the Red Cross has not been allowed to visit them.

Hauser said that the demand should be both for their release from captivity, and the return of the remains of the two IDF soldiers Hadar Goldin and Oron Shaul killed during the IDF’s 2014 counterterrorism Operation Protective Edge, in return for the transfer of the vaccines.

Simcha Goldin, the father of Lt. Hadar Goldin, stated that the approval of the transfer of vaccines to Gaza is “a knife in the hearts of IDF fighters.”

“This government is losing the brakes and abandoning the boys. The minimum thing that is required is to bring back the soldiers Oron Shaul and Hadar Goldin. This government is dismantling its basic values and leaving the IDF fighters in the hands of the worst enemies of Israel,” he charged.

The Goldin family appealed to the High Court to “stop this failure” and force the government to stop transmitting vaccines “to Hamas leaders and terrorists” as long as the soldiers and civilians held by the Hamas terrorist organization that controls Gaza are not returned to Israel.